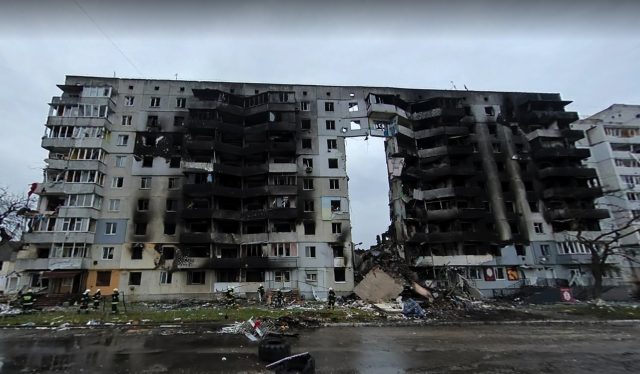 Navigable using touch commands or arrow keys, the images added to Google Maps are meant to show the whole world the destruction caused by the Russian army on Ukrainian cities.

It is said that a picture is worth a thousand words. But we could argue that it is even more important to see the situation on the spot, even in virtual mode.

Collected during April 2022, the images accessible using the links below capture locations that you may have already seen in the news, but in much more detail: Borodyanka, Bucha, Irpen, Gorenka, Stoyanka.

These are mainly residential buildings and other civilian targets (eg a large shopping mall), bombed and destroyed by Russia for no particular reason other than the systematic ruin of a country and the suffering of the civilian population.

Panoramic images were also captured from Gostomel Airport, one of the first locations to be stormed and bombed at the start of the war. Here, you can also see what is left of the famous Mriya, the largest aircraft ever put into commercial operation, used until recently for oversized freight.

These are probably not the only images of this kind, with many other desolate landscapes to be added to Google Maps in the near future, documenting the damage caused by Russia to cities and towns in the neighboring country.

Read:  How sex workers were saved by cryptocurrencies