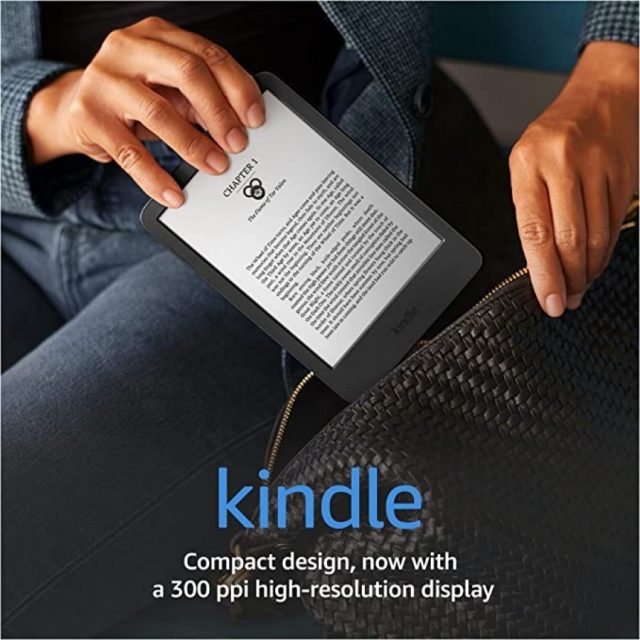 Amazon has announced a new version of the Kindle e-book reader in the basic version. It hadn’t been updated in a few years, and now the base model has a screen comparable to the more expensive variants. The Kindle 2022 model still uses a 6″ e-ink screen, has a compact design and light weight, and brings some important improvements to the interior as well. All of these upgrades come with a slightly increased price, however.

The previous Kindle model had a low-resolution screen, but the new Kindle 2022 benefits from a 300ppi pixel-density e-ink panel, just like the more expensive Paperwhite model. The difference between these models now becomes the style of screen illumination. While the Paperwhite has backlighting, similar to an LCD panel, this model still has LEDs positioned somewhat frontally, less pleasant in use. Still, it’s a cheaper solution that gets the job done in low light.

Read:  Young woman posed by a robot vacuum cleaner while sitting on the toilet. Images uploaded to the internet Probably the second most important upgrade is the replacement of the micro USB plug with USB-C for charging. Also, the 8GB on the previous model, which was enough to hold dozens or hundreds of books at once anyway, now increases to 16GB. Amazon’s claimed battery life is 6 weeks with 30 minutes of reading per day and with the wireless mode turned off. That’s probably about 20 hours of active use. The better screen and extra storage, however, increase the price from €90 to €100 for the version with ads on the lock screen, or by another €10 for the version without ads. The Amazon Kindle 2022 launches on 12 October, but is already listed on Amazon for pre-order for those who want it in the early days. There are black or blue cased variants, as well as a “Kids” version with a durable case.