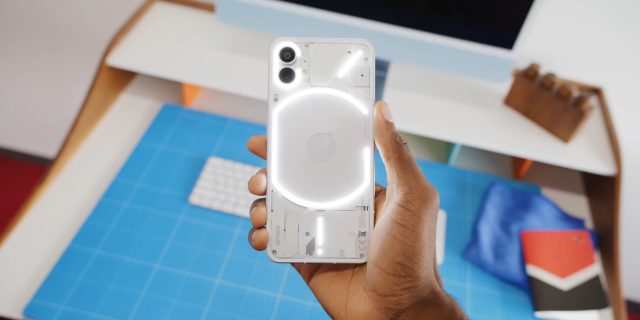 Promoted as almost a genuine flagship, but slightly cheaper, Nothing Phone 1 was supposed to achieve a maximum brightness of 1200 nits with its OLED screen. Only in practice, the level achieved is 700 nits, about the same as a mid-range phone.

The finding was made by the ComputerBase website, analyzing the phone submitted for review, attempts to measure the screen’s brightness, no matter what the image coverage level, hit the same limit of no more than 700 nits.

Apparently, the result is indirectly confirmed by Nothing’s own representatives, stating when asked by XDA-Developers that “the peak brightness for the phones screen is around 700 nits”. Nothing about the marketing claims stating 1200 nits, up until the official launch of the device.

However, the truth seems to be somewhere in the middle, with the hardware specs attached to the display component indeed listing 1200 nits as the maximum brightness, leaving users at least hopeful that the problem will be fixed with a firmware update.

For now, the only plausible explanation for the screen’s brightness capping could be battery consumption, with the company’s engineers determining that supporting this performance comes with too great a trade-off on the battery life side, restricting this feature until they can compensate on other fronts, such as generally optimizing the version of Android for lower power consumption.

Read:  Chrome desktop version will have the Follow option to subscribe via RSS to your favorite sites