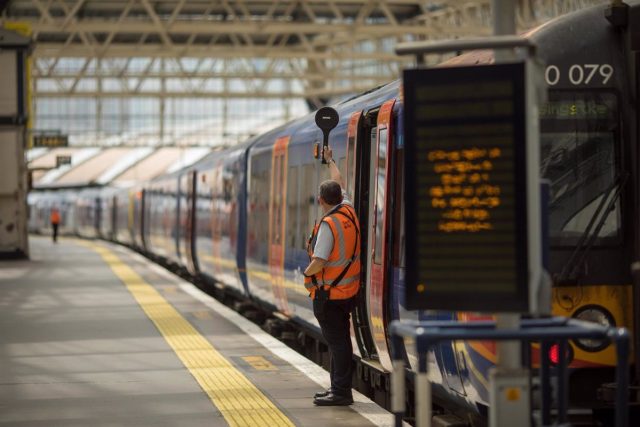 UK train drivers have launched several labor strikes across the country over the rising cost of living at a time when they are causing transport disruptions in the vacation season.

The ‘Enough Is Enough’ movement kicks off a series of marches involving rail, London Underground and buses in the capital. That group, led by trade unions, has indicated that it has gathered 300,000 signatures of support in three days.

Read:  Russia denounces a new artillery attack by Ukraine against the Belgorod region

Rising costs and forecasts of skyrocketing winter energy bills are causing what some are calling a summer of discontent in the UK. In addition to train drivers, workers from postal staff to lawyers are already planning strikes.

This Saturday, Labour politicians in the North East have backed rail strikes at Newcastle Central station. North of Tyne Mayor Jamie Driscoll told Chronicle Live that morale is good and the public are showing their support for the workers. “That public support is because, by and large, people are experiencing the same thing: by the time the end of the month comes around, everyone knows it’s getting harder and harder to pay their bills.”

Thus, Driscoll has explained that “these drivers haven’t had a pay raise in three years or a wage agreement in five.”
“Everybody knew this was coming. We’ve all been saying that,” he sentenced.

In addition, some UK operators have indicated that they would have to operate at reduced speeds due to high track temperatures resulting from the current heatwave.