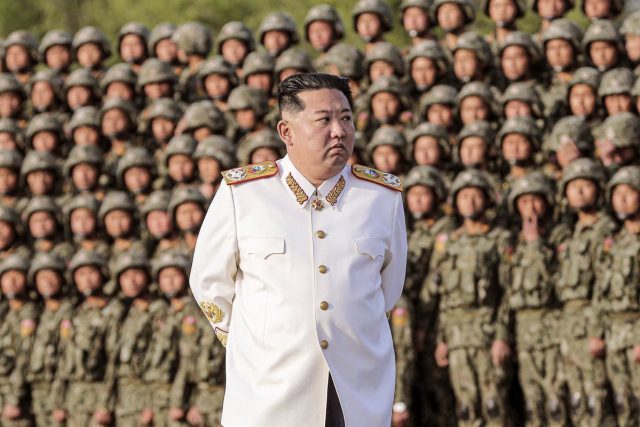 South Korea’s military warned Wednesday that North Korea has launched two new short-range ballistic missiles for the first time in three days and as part of joint military exercises conducted by U.S. and South Korean forces in the area.

The Army has indicated that the missiles, launched between 18.10 and 18.20, have left the Sunan area towards the Sea of Japan — known in Korea as the East Sea –, according to information from the Yonhap news agency.

Officials see this as a sign of Pyongyang’s protest against Washington and Seoul’s maneuvers, as well as a clear show of force against the visit of U.S. Vice President Kamala Harris to the inter-Korean Demilitarization Zone.

Read:  Abbas meets with Israel's defense minister ahead of Biden's visit to the region

South Korean forces have assured that they are “fully prepared” to cooperate further to increase surveillance and security in the region.

Last Sunday, North Korea launched a short-range ballistic missile from the Taecheon area and into the waters of the Sea of Japan–known in Korea as the East Sea.

North Korean authorities have given the green light to 18 ballistic missile launches this year, while the Asian country has launched two cruise missiles throughout 2022.

The U.S. and South Korean Armed Forces launched a series of joint military maneuvers in the vicinity on Monday aimed at showing “solid strength” a day after North Korea launched a ballistic missile.

The two countries thus seek to demonstrate the strength of their alliance and ensure their “readiness to launch a forceful response” to North Korea’s “provocations” while seeking to enhance their operational capabilities.

Read:  Zelenski compares Ukraine's situation with that of Latin America's wars of independence 200 years ago

South Korean intelligence has warned that North Korea plans to conduct a nuclear test between October 16 and November 7 at Punggye Ri, where it has a tunnel and facilities prepared for such a test.

The National Intelligence Service has indicated that the date chosen would be between the National Congress of the Chinese Communist Party and the so-called ‘midterm’ elections held in the United States.

In this regard, the authorities have given the completion of the works in the third tunnel of Punggye Ri, where North Korea carries out its nuclear tests.