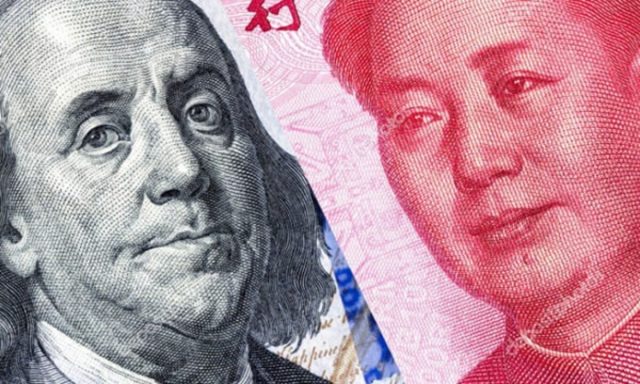 The Chinese Renminbi today reached its weakest level against the dollar since 2008. The Renminbi’s free fall comes amid speculation that China may ease its support for the local currency.

Renminbi Loses Positions Against the Dollar

Earlier in the day, the onshore Renminbi weakened 0.3% to 7.2354, the last level reached 14 years ago. China’s central bank – the People’s Bank of China (PBoC) – set a daily benchmark rate 444 pips higher than the average estimate in the Bloomberg survey.

The bias remains the weakest in two weeks, with clear signs that Beijing may ease its support for the currency amid a surging dollar index and falling global exchange rates. Ms. Fiona Lim, senior foreign exchange strategist at Maybank in Singapore, said:

“The fix leaves more room for market forces to move the yuan in line with divergent monetary policies and market dynamics. This does not mean that the PBOC will not deploy other tools to support the yuan. We can’t help but note that this morning’s move could help to dampen other non-dollar currencies that are already under pressure.”

This month alone, the Renminbi has fallen 4% against the dollar. This is its worst annual loss since 1994. The Chinese currency is under pressure as the country’s monetary policy diverges further from the Fed’s.

Read:  Bill Gates reveals the secret of the next technological revolution and it's not Web3 or Crypto

On Tuesday, Fed officials called for an interest rate hike in the United States to restore price stability. On the other hand, Beijing is maintaining an accommodative stance while facing the risk of deflation. In the context of the ongoing real estate crisis and the Covid-19 restrictions in the country, demand is decreasing very quickly.

As a result, the PBoC has stepped up its efforts to support the Renminbi. For 25 consecutive sessions, the Chinese central bank has set higher-than-expected exchange rates for the renminbi. However, this measure has yielded limited results.

Earlier this week, the PBoC imposed a 20% risk reserve requirement on forward sales of foreign exchange by banks. This measure was intended to make it more expensive to short the renminbi. As the dollar index rises sharply, policymakers in other countries are also stepping up efforts to defend their currencies. According to Nomura Holdings, Asian central banks are likely to bring their “second line of defense“, such as macroprudential tools and capital accounts.

We provide you with the latest breaking news and videos straight from the entertainment industry.
Contact us: [email protected]lsblue.com