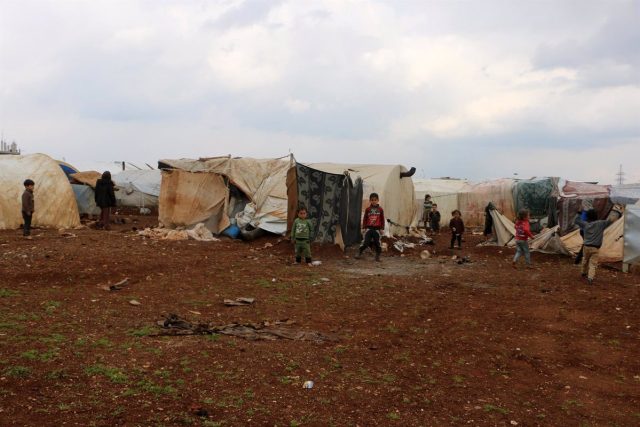 The United Nations Office for the Coordination of Humanitarian Affairs (OCHA) fears that the coming winter will be “one of the cruelest” in Syria’s recent history in the face of fuel and electricity supply cuts that will endanger almost half of the country’s population.

OCHA fears that six million Syrians (out of a total population of 14.6 million) will need help to endure the winter, 33 percent more than last year, especially in the higher elevations of the country, such as the Damascus countryside or the vicinity of Latakia, the scene of frosts during the winter months.

There reside vulnerable communities of displaced persons in settlement camps, the scene in the winter months of fires due to the misuse of heating appliances.

Also during the winter months, OCHA reports an increase in respiratory illnesses, the care of which is impeded by roadblocks that block access to basic health care services.

To this must be added, this year, a particular deterioration of socio-economic conditions due to the collapse of the Syrian pound and the global energy crisis that has led to rationing of electricity supplies, fuel hikes or power cuts, and a general increase in essential goods

All this is happening in a country where hundreds of thousands of people live with only one hour of electricity a day and in dire need of emergency packages to survive the winter.

OCHA regrets that humanitarian capacity is being hampered by a lack of resources summarized in the underfunding of the so-called Humanitarian Response Plan for Syria, which has only received 26.6 percent of the money requested (a total of €26 million out of a total of €140 million) as we enter the last quarter of the year.

Similarly, OCHA fears that the target of two million euros specifically earmarked for winter assistance will also not be reached, nor will the additional funds to help the 420,000 Syrians growing wheat from November.