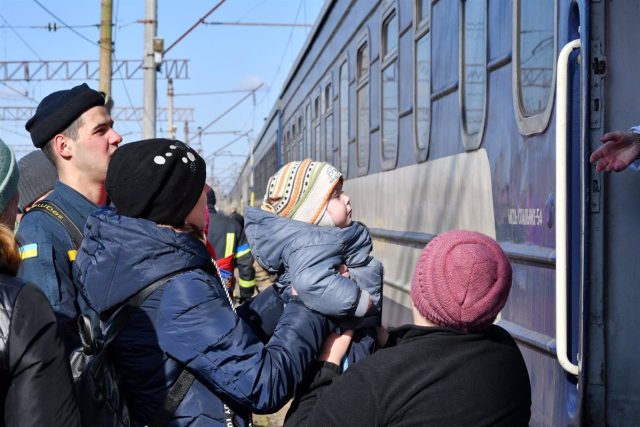 File – A woman helps a child to get on a train in Ukraine. – Andriy Andriyenko / Zuma Press / ContactPhoto

The Ukrainian authorities have raised this Wednesday to about 240 the number of children killed since the beginning of the Russian military offensive, triggered on February 24 by order of the Russian president, Vladimir Putin.

The Ukrainian Prosecutor’s Office has indicated in a message on its website that so far the death of 238 children has been confirmed, while 433 have been injured. “These figures are not final, as work is underway in places of active hostilities and in the temporarily occupied and liberated territories,” he said.

Read:  Ukraine raises the number of Russian soldiers killed in combat during the invasion to 19,600

Thus, he has detailed that the Donetsk province is the one with the highest number of victims, with 149 dead and wounded. Behind are the kyiv region, with 116; the Kharkov region, with 104; that of Chernigov, with 68; that of Lugansk, with 50; that of Jersón, with 49; and that of Mikolaiv, with 45.

Finally, he highlighted that 1,848 educational institutions have suffered material damage due to attacks by Russian forces and militias from the self-proclaimed republics of Donetsk and Lugansk, of which a total of 173 have been “completely destroyed”.