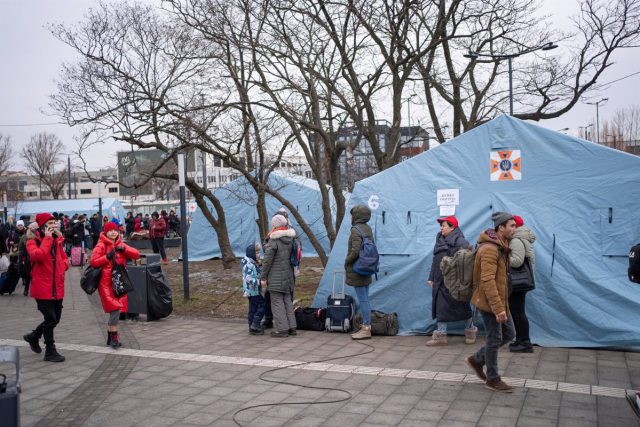 People from different parts of Ukraine wait outside the Lviv railway station, on March 2, 2022, in Lviv, Ukraine. More than 2,000 Ukrainian civilians have died since the beginning of the invasion launched by Russia last – Pau Venteo – Europa Press

A senior US defense official said on Sunday that Russia has deployed 95 percent of its combat forces to Ukraine and has fired 600 missiles since the invasion of Ukraine began on February 24.

Read:  France believes that building the MidCat "would take too long" and "would not respond to the current crisis".

The United States has observed the fighting that is taking place in Kherson and Mykolaiv, and ensures that Russian forces continue to try to surround Kiev, Kharkov, Chernigov and Mariupol, according to the official, as reported by the US network CNN.

However, the advances have met “strong” Ukrainian resistance, which has slowed down the Russian assault.

On the other hand, the huge Russian convoy north of Kiev, covering some 65 kilometers of road, is still stalled and there is no information on how far it is from Kiev.

According to the US network, the official added that the population of Ukraine still has access to the media and the internet for the time being: “We believe that the Ukrainian people, in most of the country, continue to have the media, access to Internet and the media,” he added.

Read:  Death toll from attack on TV tower in Rivne rises to 19

The top US defense official has been unable to confirm reports that the Russians have fired on protesters in Kiev or violations of the ceasefire agreement to allow humanitarian corridors.