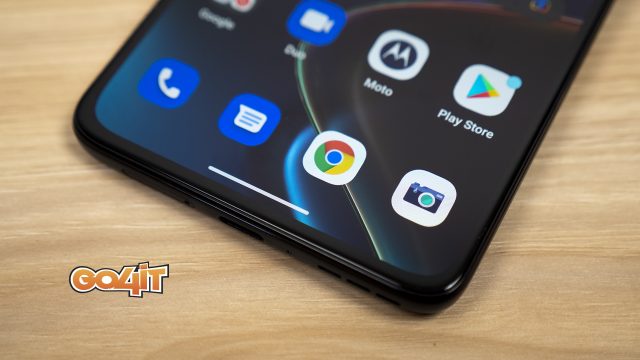 Motorola Moto e22 and e22i are almost identical phones, the differences being the included software and the promotional campaign message.

Thus, the former comes with p normal version of Android 12, while the e22i edition is offered with the Android 12GB variant, indicating much more aggressive optimization for saving memory and processor resources. Starting with the more spartan silent Android interface and continuing with the recommendation to use Android Go edition apps, the Moto e22i appears to be the solution to avoid for everyone except buyers who really have no choice. Incidentally, Google has been showing signs for some time that it’s about to “retire” the Android Go firmware branch, along with apps optimized for it.

In both variants, you get a 6.5-inch HD+ LCD display (1600×720 pixel resolution), powered by a not-quite-current-generation MediaTek Helio G37 chipset (12nm manufacturing process). The only good news is that the arrangement is aided with 4GB of RAM, comfortably exceeding the minimum requirements for the Android GO version. The 64GB of internal memory can be expanded up to 512GB by adding a microSD card.

Supplied on both models, the 4020 mAh battery seems reasonable, until you get to the speed capped at 10W via USB-C connection, taking charging time to over two hours.

The configuration could only be completed with 4G LTE connectivity, with 5G support not affordable at the budget price of €139.99 and €129.99 for the “i” model. For the price you pay you get a 172 gram, 7.99mm thick phone, equipped with a 16MP main camera and 5MP front camera, the 2MP DoF camera can simply be ignored.