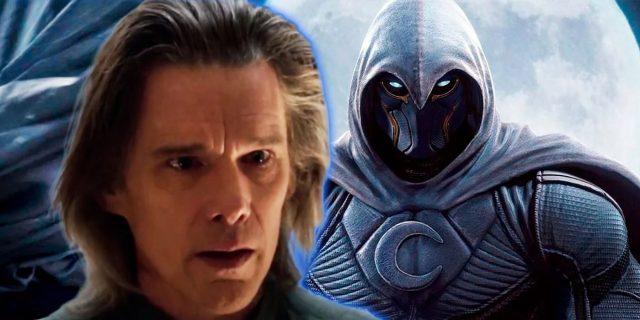 Ethan Hawke starring in the Moon Knight series reveals how his teenage daughter reacted when she saw the first trailer for the MCU series.

After being first announced in 2019, the first episode of Moon Knight is now airing on Disney +. The series features a former Marine who suffers from a dissociative identity disorder (also known as a multiple personality disorder) who receives the powers of an Egyptian moon god. However, the man soon finds out that these powers can be a real curse for his complicated life.

Jeremy Slater is the lead screenwriter of the six-episode series, which is directed by the team of Egyptian director Mohamed Diab, including Justin Benson and Aaron Moorhead. In addition to Isaac, the cast includes Lucy Thackeray, May Calamawy, the late Gaspard Ulliel as Anton Mogart / Midnight Man and Hawke.

Read:  Panasonic wants a piece of the car industry: what the Japanese are developing

After years of dominating the screen outside of comics, Hawke has finally joined the MCU with Moon Knight. He plays the main antagonist of the series, the cult leader Arthur Harrow, who serves the Egyptian goddess Ammit, unlike Khonshu. Before the first episode, Hawke’s character was surrounded by mystery and speculation, following the Moon Knight trailer. Now, Hawke has shared his daughter’s reaction to the first trailer.

Moon Knight is a real hit

In a recent interview with People, Hawke revealed how impressed his daughter was when he saw the Moon Knight trailer. Hawke has four children, including Maya Hawke (Stranger Things), and his 13-year-old daughter, Clementine Hawke, has finally recognized him as an actor. You can read the full quote below.

“Well, I’ll tell you that. I have a 13-year-old child and she saw the Moon Knight trailer and it was like… I mean, all of a sudden, the fact that I’m an actor was real to her. He looked at the trailer on the phone and said, “Dad, that looks great!” I mean, his eyes widened immediately – he couldn’t believe it. “

Over the course of 27 films, starting with Iron Man in 2008, Marvel Studios has developed the most profitable, popular and expansive franchises in the history of entertainment. His list has expanded on the small screen with series such as WandaVision, Loki, What If, Hawkeye and now Moon Knight. Unlike its Disney + predecessors, Moon Knight introduces completely new characters that are not based on the established MCU. However, Clementine’s reaction says it all about the series.