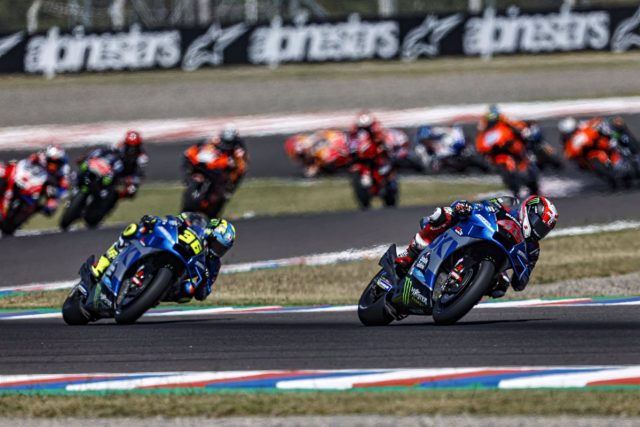 The ‘team manager’ of Repsol Honda, Alberto Puig, acknowledged this Friday conversations with Joan Mir and Álex Rins, after Suzuki’s decision to leave the MotoGP World Championship, an “unexpected” news that will not alter Honda’s plan either .

“I think it has changed not only for us but for everyone. There will be two more riders available. It was completely unexpected. It’s as simple as now there will be more riders and fewer bikes,” he said in an interview on the official MotoGP website from Le Mans. , collected by Europa Press.

The Honda boss confessed in the framework of the French Grand Prix that there had already been a first contact with both Spanish Suzuki riders. “I don’t know with others, but with us, they contacted us, that they wanted to talk and have conversations. Of course, if a rider wants to talk to Honda, Honda always listens. We respect the riders and we will listen to what they have to say,” he said. .

Read:  FC Barcelona will return to work on July 4

“To be honest, our policy doesn’t change at all. We already decided a long time ago, that this year we would look and wait a little longer, look at the market, look at the possibilities, look at young drivers, look at the drivers we already have, but we’re not going to be in a hurry to decide,” he added.

The goodbye of Suzuki changes the scenario, but Puig insisted that Honda has its way of acting. “It will not change our objective or our concept of what we want, how we make decisions or the times. They are only two more options, but our way of facing how we wanted next year was already planned before the Suzuki thing happened. It does not modify the strategy,” he said.

“We will follow our plan, we have something in mind. We have to see how the results go, the races. Any company does what it believes, what it thinks is best for it. We will do that. We will not change the strategy because Suzuki decides to leave the World Cup and there are two drivers available,” he concluded.