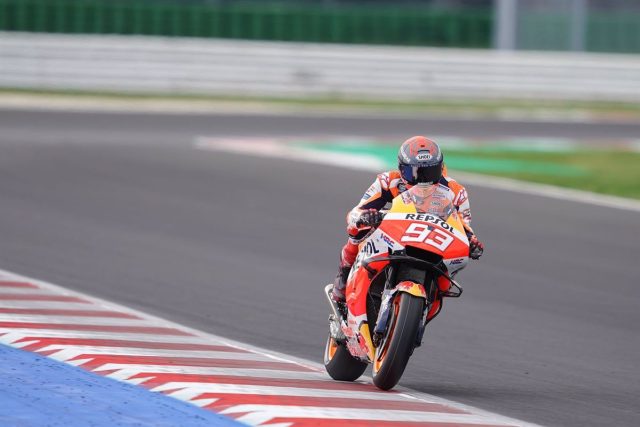 The Spanish MotoGP rider Marc Márquez (Repsol Honda) lamented the yellow flag that frustrated his attempt at pole at the Portuguese Grand Prix, although he acknowledged that it is something that “can happen when you push at the end”, while being optimistic with their options to have a good result within some uncertainty.

“It was a shame to find the yellow flag, but I was waiting for the track conditions to improve, so it is something that can happen when you push at the end of the session,” he said in statements provided by his team after Saturday in Portimao , from where he finally got the ninth place on the grid.

Read:  Laporta: "I ask Tebas to refrain from commenting on the possible signings of Barça"

The one from Cervera, who fell in training but without consequences at the moment despite the strong blow and head, explained that the race is very much up in the air for everyone. “We don’t know who will be the fastest tomorrow because we haven’t gone out on the track in the dry. It will be a strange Sunday in which everything has to go hand in hand: luck, the choice of tires and waiting to see what the race pace will be “, he claimed.

“Tomorrow in the Warm-up I will try to find the line to follow. Everyone will have the right references to go fast, so it will be a rather slow race. The speed is there, we will start ninth which, despite the fact that we could have classified better , is not very bad position”, finished.