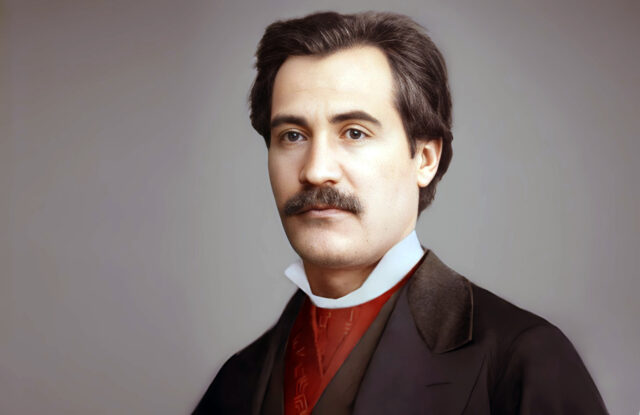 Mihai Eminescu, one of the most famous Romanian poets of all time, was also known as the “mad genius”, based on his mental illness. Find out what he was really like, the Romanian poet whose poems give teenagers a headache at the Baccalaureate.

“The poet without a peer”, as Mihai Eminescu was also known, was one of the most famous writers in Romania, and the one who started a revolution in Romanian literature. He was known both for his writings and for his private life, which became public even during his lifetime.

Far from his peerless works, behind his genius was another personality known only to those close to him. Over time, this side has been brought to the surface by historians and literary enthusiasts to give the full picture of the “mad genius”.

“Eminescu was an ordinary man, to be sure, very pleasant and charismatic, but he was a man. And he was also very discreet. Nor was he the ‘syphilitic’ or ‘madman’, as he was often called. Nor was he a man of verse and love-crazed, as some people wrongly portray him, nor a saint as others want him to be. He was a man with his faults, qualities and passions”, according to historian Gheorghe Median in his speech for Adevărul.

The historian stated that he managed to impress by his physical presence, being a pleasant person at first sight. In his research, Gheorghe Median also found the testimony of Eminescu’s cousin, Mihai Mavrodin, in which he stated that “Even today, his wonderful face remains in my mind. I saw him too – he was strikingly beautiful. It was impossible for him to appear in a hall without his being attracting the gaze of even those who did not know him. His face also amazed us children.”

Apart from the few photographs in which the poet appears, another friend of his described him as being “medium height, he was a bit wide in the back, but everything was proportionate. He had deep dark eyes. He wore a moustache, seldom shaved it.” One of the most impressive things about the poet was his voice.

“Eminescu had a soft, calm voice and a soothing, infectious smile. That’s what everyone who knew him says. Despite the tone of revolt in his poetry, he was a very gentle man who radiated a lot of warmth around him. He had a golden voice. He sang beautifully. Little is known about this talent of Eminescu’s. He could always have been a good vocal soloist. He often accompanied the lute players at a party, but his relatives also asked him to sing for them”, says the historian from Botoșa.

Lucia Olaru Nenati tells the source that Eminescu was not a rebel, as society liked to believe. On the contrary, he was liked by many, but on the basis of his writings, he aroused antipathies, this being his method of rebellion. Although he was reserved, when he went out in society he knew how to make himself liked. However, one of his greatest vices was smoking.

“Gone was the news that he was a drinker. Paradoxically for those who have formed this image of Eminescu’s parties, the poet was not a heavy drinker. He drank a little. But he liked, instead, to lose his nights and smoke. He smoked a lot. In fact, when he spoke, he smoked cigarette after cigarette and drank coffee,” added historian Median.

A lesser known fact about the Romanian poet was his form of greeting, but also that he was very patriotic. Every time he met someone, he greeted with “Long live the nation!”. His close friends and acquaintances were the only ones who knew that he used to swear, but he only used one swear word, even when he was overcome by the fumes of Bachus.

Read:  Netflix, Disney+ and HBO have a new competitor in Romania. What is SkyShowtime and what movies and series you can watch

Apart from his unmistakable voice and his pleasant way of interacting, after the age of 25, he began to know his other side. Inner turmoil slowly and surely led him towards manic-depressive syndrome. This was confirmed by a psychiatrist in Botosani.

“Unfortunately, from the symptoms I managed to see in some medical documents, Eminescu suffered from bipolar affective disorder. It manifested itself in relapses. Of course, Eminescu’s genius did not cause this disorder, nor did his illness condition his genius. They were totally independent. He probably got into this situation because of the living conditions of a certain period, the inner turmoil. In any case, creation transformed him”, according to Dr. Nicolae Vlad, former director of the Psychiatric Hospital of Botosani, for the source quoted.

The doctor said that he behaved differently at certain stages of the illness. Thus, his poetic creation took place in his depressive episodes, finding literature the most viable solution to vent his feelings. Another psychiatrist, Nicolae Vlad, said the poet was not treated properly.

“There were no effective treatments at that time. And the Viennese doctors to whom he was taken confirmed this diagnosis. In Romania he was put in barrels of cold water when his condition worsened,” said the doctor.

The neuropathologist Ovidiu Vuia from Bucharest, said that the diagnosis of manic-depressive syndrome was a correct one, but the mercury treatment given to the poet for syphilis was incorrect.