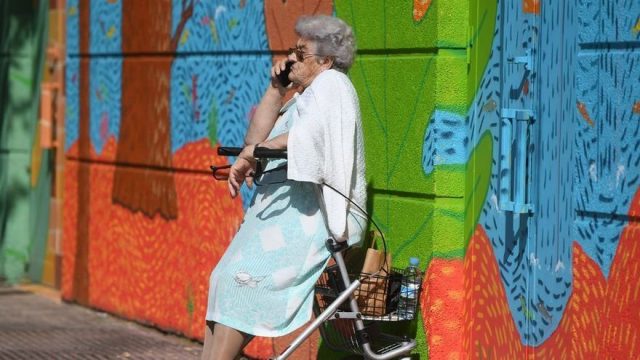 Menopause is a phase of the biological cycle like any other that half of the planet’s population goes through. However, secrecy continues to silence the end of menstruationa stage that generally arrives between the ages of 45 and 55, but which is not talked about. Many women do not even discuss the changes they experience or any doubts they may have with their physician. According to Purificación Leal Docampopresident of the Sociedade Galega de Sexoloxía (SOGASEX), this topic continues to be, in the 21st century, a taboo, even annoying and uncomfortable for many people. Even annoying and uncomfortable for many people. The reasons? Shame, fear of being labeled as old or incapable and the prejudices and false myths that persist around female sexuality.

“There is a lot of resistance to talking about menopause, as about other issues that affect women’s bodies. women’s bodies, such as menstruation, although this is beginning to be normalized, or female sexual desire, which is hardly talked about. The idea of male desire and the role of women in satisfying it still prevails. It is necessary to normalize and deconstruct these absolute truths that have been transmitted to us by the patriarchal model, and for this it is essential to make this issue more visible, that it has more presence in the media and that it is talked about naturally, as what it is, a vital stage of women, and in this direction we work from Sogasex&rdquor;, she asserts.

Against this imposed and self-imposed silence, famous women such as the Spanish Penelope Cruz, who recently spoke about the hormonal changes of perimenopause – the period that precedes menopause, which can last months or years and is usually accompanied by alterations in the cycle, although some women do not present previous irregularities and simply stop menstruating one day – in an interview with Gwyneth Paltrow at an event on healthy living in London, have been rising up in recent years. Other celebrities have also decided to break through the social stigma and talk openly about menopause, such as actress Cynthia Nixon (“Sex and the City&rdquor;), who in 2017 stated in an interview that she was in menopause and that it was no drama. “The freedom of not being fertile is huge&rdquor;, she said.

Precisely the end of a woman’s reproductive age lies behind the prejudices around menopause. “Many women do not dare to talk about menopause because. everything is focused on youth and the model of reproductive. So, you stop having reproductive capacity and your sexuality is no longer of interest because now it is pleasure-oriented, which is a transgression of that established social order centered on heterocentrism&rdquor;, explains the Galician sexologist.

The problem with this silence surrounding the end of menstruation is that many women reach this phase of life, which will cover at least a third of their lives, knowing hardly anything because it is not a topic that comes up in conversations. Not at home and certainly not outside. “Many women, when they reach this stage, do not know what is going to happen to them because they lack information. and the biomedical model is also very negative because it somehow pathologizes menopause because the disease paradigm is the lack of something, in this case, of hormones (estrogens and progesterone), although it is something that can be corrected with treatments, which, on the other hand, are also often rejected by that same social model&rdquor;, she comments.

The actress Kim CattrallNixon’s partner in “Sex and the City&rdquor;, is another of the artists who claims to talk more about menopause to break the taboo. Like Gillian Anderson (“The X-Files&rdquor;), with early menopause -when it appears before the age of 40-, who advocates losing shame on this subject.

Former U.S. first lady Michelle Obama also recounted her experience with hot flashes during her time in the White House, as did Emma Thompsonwho, in 2014, accepting an award on one of the coldest nights of the year, gave thanks to menopausal sweats to combat the cold. The latest to come to the fore has been Mexico’s Salma Hayek, who recently revealed that she had symptoms since she was 40 and that one of the changes she experienced was a breast enlargement.

According to Leal Docampo, the lack of information about this vital of women also generates fear about its symptoms and its effects. One of them is the lack of libido, something that, on the one hand, does not have to be a consequence of the lack of hormones, according to the sexologist, and on the other hand, can be remedied with products such as lubricants and various treatments. “Sex in general continues to be a taboo, but much more so if we are talking about older people because, again, the model is centered on youth and socially beautiful bodies. Anything outside of that canon is annoying to people,” she says.

“It needs to be normalized; there is still a lot of resistance to talk about it&rdquor;

In her opinion, a clear example of issues having to do with women’s bodies is the opposition to sick leave for “painful periods&rdquor;. “Why does a sick leave for stress or anxiety have to be regulated and not for endometriosis? Is everyone going to take sick leave for menstrual pain and not for anxiety? This is because menstruation is still taboo, like menopause,” she says.

Read:  Raquel del Rosario talks about the scoliosis she has suffered since she was 16 years old

The drop in estrogen causes important changes which, like endometriosis, can have effects on a woman’s personal and professional life. A group of British female MPs, led by Rachel Maclean, brought to light in 2018 the impact of menopause at work and proposed the inclusion of a review of working conditions to defend those professionals who suffer the most acute symptoms. Following this line of work, this same year a report was presented in the British Parliament that concludes that. almost one million women in the United Kingdom would have left their jobs due to the effects of the menopause.

A stage that has its advantages

The president of the Sociedade Galega de Sexoloxía (SOGASEX) assures that there are more negative ideas that arise when thinking about menopause than positive ones. Perhaps because we hear more about its symptoms: hot flashes, night sweats, mood swings, sleep disorders and vaginal dryness, in addition to the loss of reproductive capacity and the negative view of aging, than about its positive aspects.

“Often only the negative is seen and not the advantages.. For many women, menstruation is a very painful process. In addition, people at that age are more experienced and more liberated, and if it is a heterosexual couple, there is no longer that concern about pregnancy. In addition, at that stage, quality is more important than quantity. However, female sexuality without reproductive purposes is still somewhat sanctioned&rdquor;, insists Purificación Leal.

The changes experienced with the onset of menopause are due to the drop in estrogens, which usually begins between the ages of 45 and 55; although it sometimes begins earlier (early menopause). Men also undergo a similar change, the andropausecaused by a decrease in testosterone, although it does not cause such noticeable changes. This has a biological explanation: women have a duplicated X chromosome, which contains about a thousand genes. The male has an X chromosome and a Y chromosome, which only has about 55 genes, so the female has almost a thousand more genes than the male, so the hormonal changes are necessarily greater.

When the menopausal process begins, eight out of ten women suffer symptomsThe symptoms may be mild or more severe, as well as an increased vulnerability to developing serious diseases such as multiple sclerosis and Alzheimer’s disease. In addition, women are twice as likely as men to suffer from anxiety or depression and four times more likely to suffer from migraines.

Therefore. it is important to recognize it, understand its effects and ask for help to alleviate its symptoms.. But to do so, the sexologist insists, it is necessary to talk about it for what it is: a stage of life that affects half of the world’s population.