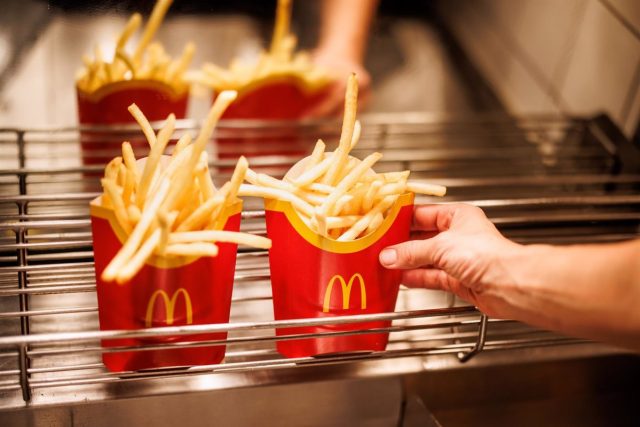 The American fast food restaurant chain McDonald’s has announced its intention to proceed “in stages” with a plan for the reopening of some restaurants in Kiev and Western Ukraine, after the multinational decided late last February to halt its operations in the country as a result of the Russian invasion of the country.

“We have decided to institute a phased plan to reopen some restaurants in Kiev and Western Ukraine, where other companies have safely reopened,” the multinational has announced.

Thus, over the next few months, the chain will begin working with suppliers to get product to the restaurants, prepare the establishments to serve customers, as well as the return of restaurant equipment and the implementation of procedures and protocols to support the safety of employees and customers.

Read:  Truss makes clear that the 'European Political Community' "is not an alternative to the EU" before traveling to Prague

McDonald’s decision follows contacts with the company’s employees, who have expressed a desire to return to work and carry out the reopening of restaurants in Ukraine where it is safe and responsible to do so.

“In recent months, there has been a strengthened belief that this would support a small but important sense of normalcy,” said in corporate senior vice president, responsible for international operated markets, Paul Pomroy, adding that Ukrainian authorities have advised that companies resuming operations will support the local economy and the people of Ukraine.

The multinational has recalled that since it announced its intention to suspend its activities in the country at the end of February, it has continued to pay the salaries of more than 10,000 employees.

McDonald’s left the Russian market last May after more than 30 years of activity in the country, where it had 850 stores and about 62,000 workers.