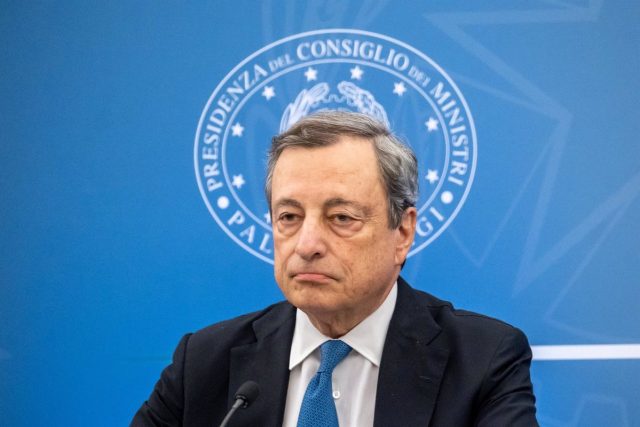 The mayors of the main Italian cities, including Rome, Milan, Turin, Florence or Venice, have asked the country’s prime minister, Mario Draghi, to remain in office despite the political crisis

“We mayors, called every day to the difficult management and resolution of the problems that afflict our citizens, ask Mario Draghi to go ahead and explain to Parliament the good reasons why the continuity of government action is necessary,” the leaders have made known in an open letter collected by ‘Il Messaggero’.

Draghi announced this week his resignation considering that “the majority of the national unity that has supported the government since its creation has left”, following the absence of the hitherto coalition partner 5 Star Movement in the vote on an aid package in the Senate, with the result that “the pact of trust that underlies the government action has failed”. The President of the Republic, Sergio Matarella, refused to accept the resignation.

Read:  Israel says it is "prepared" for "operation" in Gaza Strip to last a week

The mayors, in this regard, ask “strongly to all the political forces present in Parliament that have given life to the majority of this last year and a half to think about the common good and put the interests of the country before their own internal problems.”

The mayors defend that Draghi “has so far” represented Italy “with authority in international forums and has always shown both political and institutional dignity and stature.”

“Now more than ever we need stability,” according to the missive, whose signatories include the mayor of Rome, Roberto Gualtieri; Venice, Luigi Brugnaro; Genoa, Marco Bucci or Beppe Sala, mayor of Milan.

Read:  The UN approves the creation of an international commission to investigate human rights violations in Ukraine