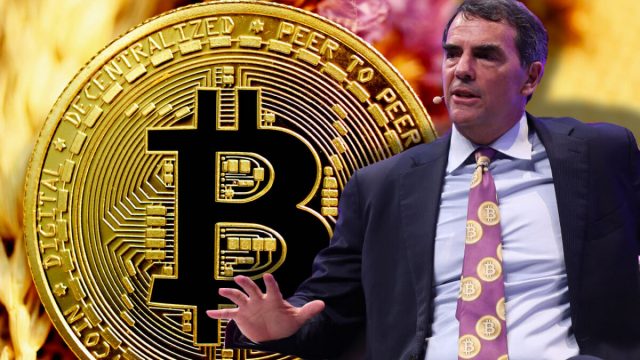 Tim Draper said in April 2018 at Draper University’s blockchain event that he predicted, “250K by 2022“. At this year’s Web Summit 2022 event, Draper said he had “extended“its forecast”of six months“, as he now predicts that bitcoin will exploit this price range “by mid-2023.“

Tim Draper spoke at the three-day Web Summit 2022 conference this year and explained that he is a fan of bear markets. The investor detailed during his discussion that the crypto winter is the “Venture capitalist’s (VC) favorite time to invest.“Draper is a well-known VC in the crypto sector, but he has also backed high-profile companies such as Tesla, Spacex, Robinhood, Docusign, Ring, Skype and Baidu.

A few years ago, Draper was asked what he thought the future price of bitcoin would be in four years, after he correctly predicted that the crypto asset would exceed $10,000 per unit. In mid-April, the billionaire attended a party hosted by his university Draper focused on blockchain. At the event, Draper explained that he thought BTC could reach $250,000 by 2022. On Twitter, Draper wrote, “Serious winds (of change) at our blockchain party last night – I predicted $250,000 by 2022.“

Read:  Elon Musk is going to find someone to become Twitter's CEO in his place

In the midst of this year’s bear market and speaking at the Web Summit 2022 conference, Draper said that bitcoin is essentially a hedge “against bad governance“. While the $250K prediction still rings true with Draper today, he added a six-month extension to his forecast. Draper stated:

No reason to cling to fiat currency

Draper also said that he expects women to be the main demographic of retail investors who will help drive the price of bitcoin into the $250,000 region. This comment is similar to statements he made in his interview with the Wolf of All Streets last June. An increase in demand for bitcoins will come from “retail spending“, insisted Tim. Draper at the Web Summit 2022 event.

Read:  "Dr. Doom" Nouriel Roubini explains that Binance is identical to FTX but worse and more dangerous, here's why

Draper also explained that for now, it’s not easy to use bitcoins for things like “food, clothing, and housing“. However, once retailers are able to use bitcoin, Draper believes that “there will be no reason to keep fiat currency“. The venture capitalist also spoke about stablecoins and noted that, while they are a good “bridge to bitcoin“, they are centralized and ultimately meaningless in comparison.

Speaking of stablecoins, Draper mentioned the now-defunct stablecoin Terra UST and the blockchain native token LUNA. Draper pointed out to the interviewer that the stablecoin concept created by Terra was “poorly constructed.”