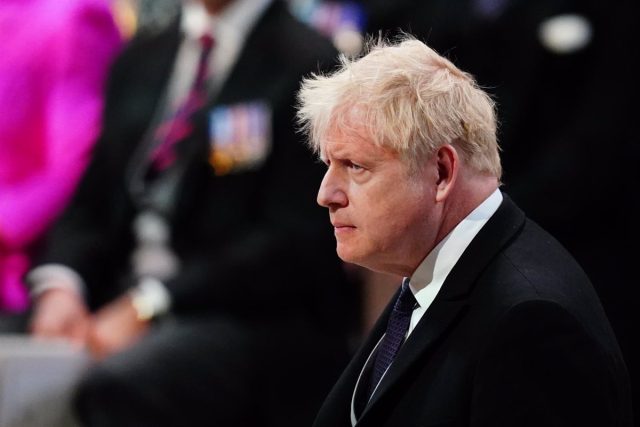 The Prime Minister of the United Kingdom, Boris Johnson, will be subjected to a motion of internal censure this Monday after the Conservative Party has received the number of petitions necessary to launch this procedure, amid growing criticism against him for the known as ‘Partygate’.

The chairman of the 1922 Committee, Graham Brady, said in a statement that “the threshold of 15 percent of party MPs calling for a no-confidence motion against the leader of the Conservative Party has been passed.”

“In accordance with the regulations, a vote will be held between 6:00 p.m. and 8:00 p.m. (local time) today, Monday June 6, with the details still to be confirmed,” he said, before adding that “votes will be counted.” immediately after”.

Immediately afterwards, he pointed out in statements to the press that he notified Johnson of this fact during the day on Sunday and added that several ‘tories’ “specifically asked that it not be held before the celebrations ended” for the ‘Platinum Jubilee’ of Queen Elizabeth II, as reported by the BBC television network.

The rules of the Conservative Party stipulate that this mechanism can be activated if 15 percent of ‘Tory’ parliamentarians so require, a figure that currently amounts to 54, given that the party has 360 deputies. Former minister Jesse Norman has been the last to confirm that he has joined the petitions.

The vote will be secret and Johnson will have to obtain a simple majority in order to overcome the motion of no confidence. In the event that he loses it, a new race will be opened to elect the new party leader, a process from which the prime minister would be excluded.

Johnson himself stated last week that it would not be “responsible” to resign over the Downing Street party scandal during the coronavirus pandemic, while arguing that he remains in office because of the “great political agenda” with which he has to fulfill and the “great economic pressures”, among them, those derived from the war in Ukraine.