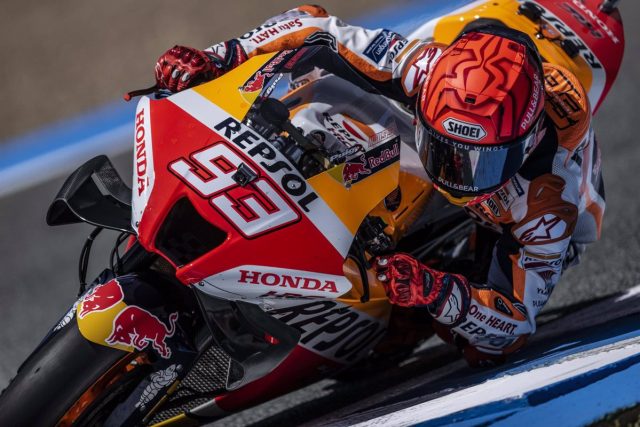 As reported by Repsol Honda, the intervention on the eight-time world champion lasted three hours and was carried out by Doctor Joaquín Sánchez Sotelo and his team, who performed a humeral osteotomy, which was carried out “without complications”.

The one from Cervera is in the postoperative phase of his treatment at the Mayo Clinic, in the US town of Rochester, where he will remain for the next few days “to guarantee his immediate postoperative recovery, before returning to Spain to continue with his treatment plan” .

Doctor Sánchez Sotelo, president of the Shoulder and Elbow Surgery Division of the Mayo Clinic, celebrated that “despite the complexity of the intervention, the final result has been satisfactory”. “The surgery has consisted of the extraction of the two proximal screws of the posterior plate previously placed by Dr. Samuel Antuña in December 2020, followed by a rotational humeral osteotomy,” he explained.

Read:  Oncu achieves pole position in Moto3 in a session with a double crash by Sergio García Dols

“This procedure consists of making a transverse cut of the humeral bone to rotate the humerus along its axis. The amount of external rotation performed has been approximately 30 degrees. The humerus has been stabilized in the new position by means of an anterior plate with multiple screws. The surgery was completed without incident. We would like to wish Marc Marquez a speedy recovery and a successful return to his professional career.”

Márquez decided last weekend to go through the operating room once again, the fourth in the last four years, and momentarily stop competing in the Motorcycle World Championship after the Italian Grand Prix, because he felt “a lot of pain” and I was enjoying”.

Read:  Alberto Puig: "Pol Espargaró's podium is confirmation that he can be constantly ahead"

The injury to the humerus, the result of a fall at the Jerez-Ángel Nierto Circuit at the beginning of the 2020 MotoGP World Championship, did not evolve as expected from the start and the Catalan rider had to undergo surgery up to three times in the operating room to try to return to being competitive.

“The risk I take is the same as always, but I saw after Jerez that I couldn’t. There I told the doctors that I couldn’t continue competing this way. We have decided to stop this season. This operation is to follow my evolution. There are many sacrifices, but I am sure there will be a reward,” he said last Saturday at Mugello.