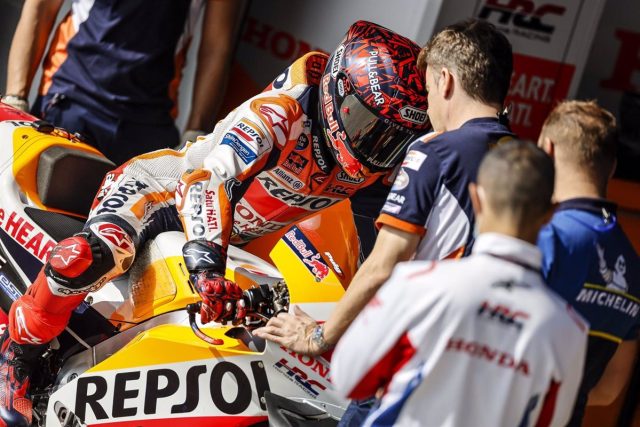 The Spanish MotoGP rider Marc Márquez (Repsol Honda) believes that he had a “good and important” day in the test that they had this Monday at the Jerez-Ángel Nieto Circuit after the Spanish Grand Prix and from which they leave with “information good” for the French Grand Prix.

“It has been a good and important day and we have been able to test some things. As always, some have worked well and others have not turned out to be what we needed,” Márquez said in statements provided by his team.

In this sense, the Catalan indicated that they tested “some different aerodynamic parts to see how they work on a shorter and narrower track like Jerez because the preseason was on long and fast tracks like Sepang and Mandalika”.

“The information from this test has been good, but we have to keep working. Now we are looking forward to Le Mans,” said the eight-time world champion, who posted the fifteenth fastest time.

For his part, his teammate Pol Espargaró, who was the fifth fastest time and who did 85 laps, stressed that they needed to “do many laps” in this training session “to understand everything”, for which he described the day as “productive”.

“Information is very important in MotoGP; whatever you try in a test as you are able to progress and today we have got a lot of data. We have tested a lot of things and, as always, we have had positive and negative aspects. Of course “You want more and to be faster, but I’m satisfied with the lap we’ve done on the medium tyres. Let’s see if what we’ve worked for will pay off at Le Mans, that’s the goal.”