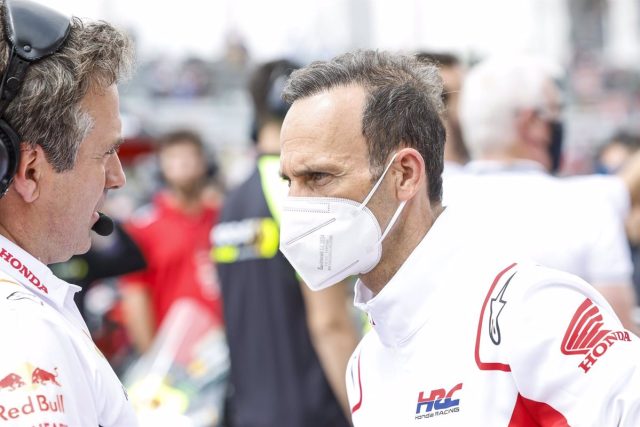 The Repsol Honda Team Manager, Alberto Puig, lamented that the team was not able to “get the perfect set-up” at the Portuguese Grand Prix, in which Marc Márquez was sixth and Pol Espargaró ninth, and explained that they need to focus on “understanding what’s going on” with the bike and why they can’t be “with the pack” in the race.

“We didn’t have an easy race. We weren’t able to get the perfect set-up and probably needed more time to understand our bike on this track. The truth is that we didn’t have enough time with stable conditions, but this is not an excuse because the other drivers and teams were fast with the same amount of time and in the same conditions,” he said in statements provided by the team.

Read:  Márquez measures his ambitions in the last test of the unprecedented Mandalika

In this sense, he appealed to “continue working and analyzing the possibilities” available to them at the moment, now thinking about the next Spanish Grand Prix. “We are going to Jerez, a circuit where our drivers have traditionally been fast. We have to wait and see what the situation is, aim for a better race and try to understand what happens if we are not there with the group in the race. It has been shown that we have to further improve our bike”, he warned.

In other matters, Puig stressed that they made a correct choice of tires, and that their performance at the Autodromo Internacional do Algarve had nothing to do with the tires. “Pol Espargaró chose the hard tire and it went well for him. Marc Márquez chose the medium one. For his different riding styles it was fine and the choice was the right one”, he stated.

Read:  Ana Carrasco: "Not having had certain opportunities has not allowed me to show that I was competitive"

“The positive point is that we are two points closer to the drivers’ championship lead, but the reality is that our performance was not as good as we expected here. Being 16 seconds behind the winner is not the objective. This is not good for us. and we have to improve it”, he concluded.