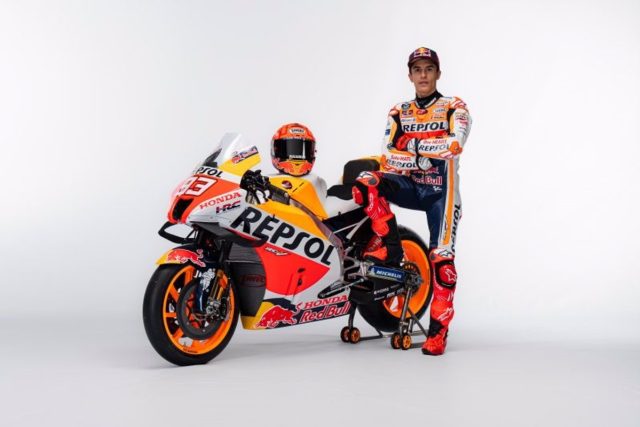 The Spanish MotoGP rider Marc Márquez (Repsol Honda Team) assured that in 2022 he must fight for the World Championship and that he feels capable of trying but, being realistic and sincere as always, assured that right now he is not even ready to do podiums and that he must to improve and go further, making the new and good RC213V its own, to “fly” again and be able to achieve a scepter that it has not won since 2019.

“The current conditions are not to sweep or to win or even for a podium. But we can pick up the level to win the World Championship. We will have to be patient to win, just like last year when I started fighting for the ‘Top 10’ and ended up winning races, It’s something I’ve learned”, he sincerely acknowledged at a press conference after the presentation of the Repsol Honda Team 2022.

Despite assuring in said presentation that the objective was “to fight for the World Cup”, he pointed out that the intention is that but the current reality is different. “That’s what I’m forced to say because it’s what I think and what I feel. Fight for the title? Yes. Is it the worst moment before starting a World Cup? Also. But the World Cup doesn’t end in one race. And I feel comfortable improvising, in the race,” he explained.

“My intention, when I say to fight for the title, is that a person has to be convinced of a goal. But now I don’t see myself coming back from last to first in two laps like in Jerez 2020. But I have to be convinced of the objective, being aware that it will be difficult to arrive and destroy. We are not at that moment, nor am I at a peak moment with the bike”, reiterated the Spanish champion.

However, in his Honda “family” he is comfortable and will try by all means to reach that goal, to that hypothetical ninth world championship and seventh in the top category. “If I am well these two months and in the ‘tests’, I will not have limitations to ride the bike and I will think about my performance and that of the bike, and how to fight with the team to fight for the title and face the races of the best way,” he added.

Read:  Pol Espargaró: "It's a shame to have more lack of grip because I was close to the leaders"

“I feel that I can fight for the title, but we are a long way from making all the pole positions and victories as I did in the past. Now I am coming from a different race, first I need to know that I can be there”, deepened the driver from Cervera, who has finally beaten the diplopia (double vision episode) that he suffered at the end of 2021. “The year is long, there are many races and factors and the objective is to go further, take things calmly but without pause”, he added.

RAFA NADAL AS AN EXAMPLE OF OVERCOMING

Márquez, coming out of that serious shoulder injury that had him unprecedented in 2020 and sidelined a good part of the 2021 World Cup, which could not finish due to diplopia in his eyesight, assured that the example of tennis player Rafa Nadal -winner of the Australian Open after get out of an injury– is the “dream” for any athlete who has a bad time.

“But very few have done it. It motivated me a lot to see Nadal’s match (final of the Australian Open) but you have to be realistic, know where you are and where you want to go, and if there was a race tomorrow I wouldn’t be here to fight for victory” , he acknowledged.

Despite everything, the Sepang test left him with good feelings. “What I felt in Malaysia, for me, was the last check that everything was fine, in a long day and that I ended up tired. I had doubts, but in Malaysia I saw that everything was OK. I need more laps, to go fresher in the motorcycle, but that will come with time”, the eight-time world champion acknowledged calmly.

Read:  Marc Márquez will run the Grand Prix of the Americas

It is also positive for the fact that he is happy again on the bike. “I can go fast for one lap, like in Malaysia, but going fast and having fun on the bike is another point and it is achieved with time and laps and adapting the bike. But I am happy, from the start, and it is an important point in a season, which is longer and longer and more resistant. Smiling is going to help me, and I will be able to be different from the Marc of before but I will be able to fight for the World Cup again”, he recognised.

THE MOTORCYCLE, WITH A GOOD BASE TO CONTRIBUTE ITS STYLE

As for the new bike, he acknowledged that when there is a “drought of victories” a big change is sought, and the change from Honda has been “positive”. “Now, with this good base, each rider will adapt the bike to himself. It is a bike with potential and in Malaysia it was seen, when we wanted to go fast we did it. Now things are missing, like enduring an entire race,” he said.

“Let’s see if we manage to fly again and take off, that will be the goal. I have a lot of work ahead of me, personally on a physical level and the other with the bike, which is new and I have to adapt several things. For now I have decided not to play much the bike but from Malaysia I have two or three ideas to take it more to my land and start going fast”, he explained, in this sense.

For Márquez, the key to ten years at Honda is the results. “They keep me for the results and I stay because I keep winning, it’s point number 1. When you’ve been so many years, the relationship and respect are different, above all. It’s covering the other’s back, not blaming the other if I ride or pilot do not go,” he said about his tenth anniversary in the Japanese team.