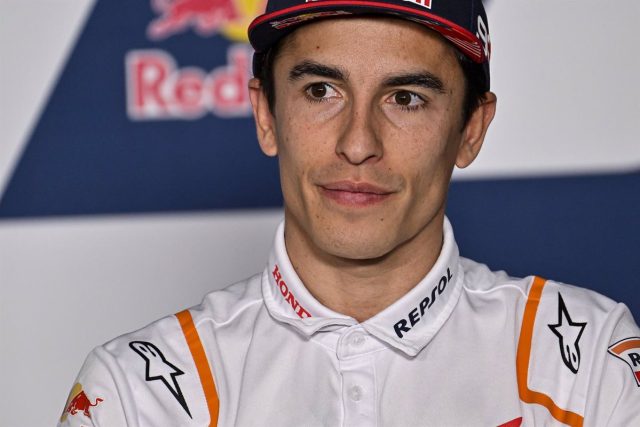 The Spanish MotoGP rider Marc Márquez (Repsol Honda) recognized the small improvement they obtained in the last Spanish Grand Prix and that he will test the new parts that are working best to try to get “closer” to those in front at the French Grand Prix , although he does not believe that they will serve him “to fight for victory”, while he assured that now he suffers “less” with his shoulder and that he must achieve “a high level” with his new riding style.

“In Jerez we took a small step forward in terms of performance and we were able to get closer to the top riders. On Monday I was able to do the test and test some elements that were working quite well, while others that we expected more did not do as we thought We will see if the new elements that we are going to put here help us to get closer and continue to improve, but they will not be enough to fight for victory,” said Márquez at the press conference prior to the French Grand Prix.

Read:  Xavi: "We leave satisfied with the result"

For the Catalan, “it is impossible to predict” what his result may be at Le Mans. “I face the weekends without a clear objective, unraveling how the bike works on Friday, improving my speed on Saturday and giving everything on Sunday. That was the strategy in Portimao and Jerez and the one we will have here”, he was honest.

“In my current situation, I don’t care too much if the race is dry or wet. If it’s wet, the chances of winning or crashing increase, but I don’t worry too much, I’m focused on recovering the best sensations in all conditions”, He added about the possibility of rain over the weekend.

Finally, the eight-time world champion acknowledged that his move to Madrid was to “find balance and try to better control the pain” in his shoulder. “We have achieved it and now I suffer less in the races,” he confessed.

“The second objective is to recover not only the shoulder but also the arm because I have to try to adapt my style to the shoulder. At the moment I am not riding like before, but I am working to reach a high level with this new style. We already did it in a couple of races last year and now we have to find consistency,” he said.