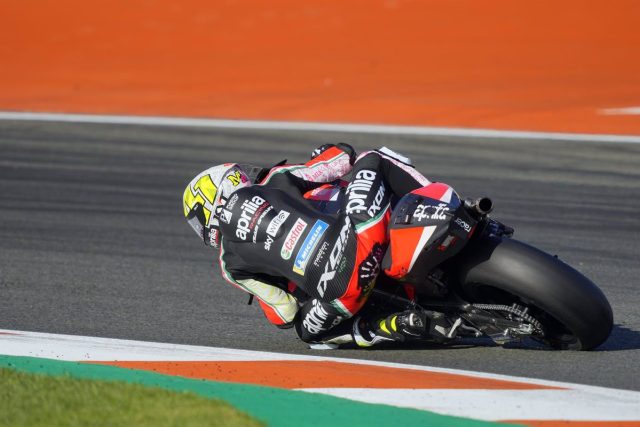 The Italian rider Enea Bastianini (Ducati) has dominated this Sunday, with a historical record for the track, the second and last day of MotoGP testing at the Sepang International Circuit, a day with a frenetic pace that left 20 riders included in a same second.

The rain, which forced the activity to stop a few hours earlier than planned, did not prevent the queen category participants from seeking an important ‘time attack’ that made Bastianini sign, with a time of 1:58.131 to achieve the record of the track -unofficial-.

With his time achieved in the morning -before the appearance of the rain-, he beat Spanish Aleix Espargaró (Aprilia) by 26 thousandths, first on Saturday, and Jorge Martín (Ducati) by 112 thousandths, who completed the ‘Top 3 ‘ from a time table with 18 drivers separated by 8 tenths.

After dominating Aprilia on Saturday, ‘The Beast’ embroidered it on the back of his Ducati; The GP22 from Borgo Panigale have been strengthened with the new aerodynamics and the updated air intake, and they are comfortable with the new ‘ride-height device’. In addition to the good times of Bastianini and Martín, Ducati managed the sixth place of Francesco Bagnaia and the ninth of Johann Zarco.

Read:  The 'return' of Marc Márquez predicts more equality and emotion in the World Cup

Aprilia exchanged the double from the first day for a second -Aleix Espargaró- and fifth -Maverick Viñales- positions, and both riders corroborate that the small updates in all areas of the bike, which have favored the improvement in speed in passing by curve, they are paying off.

In Suzuki, which has improved the performance of its engine, the Spanish Àlex Rins managed to be the fastest, fourth less than a tenth and a half from the head, and Joan Mir is still four tenths behind Bastianini and finished twelfth.

Meanwhile, at Yamaha, the reigning world champion, Frenchman Fabio Quartararo still hasn’t found an improvement in the top speed of his YZR-M1 and finished the test seventh, and the brand’s next bike, that of Italian Andrea Dovizioso, only could be twenty-second.

Read:  Canada refuses to play a friendly against Panama as a protest against the Federation

Things are not going too well at the moment for Repsol Honda and his RC213V either, with Marc Márquez as the fastest rider of the weekend with an eighth place this Sunday but with an important background of 101 laps. His teammate Pol Espargaró finished tenth, and the other Honda riders, Takaaki Nakagami and Àlex Márquez, finished within the times of 1:58.

Finally, the Portuguese Miguel Oliveira, fifteenth, was the fastest KTM, and the Spanish ‘rookie’ Raúl Fernández was nineteenth. The activity will return on February 11, 12 and 13 at the new Mandalika circuit, in Indonesia, with a new test of the premier category.