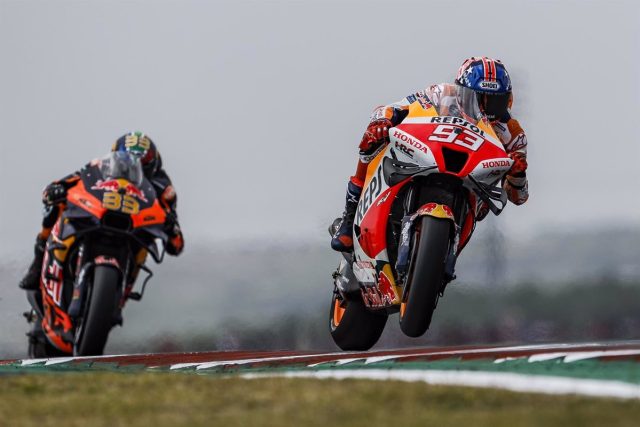 The Spanish MotoGP rider Marc Márquez (Repsol Honda) has assured that he hopes “to fight again at the front” at the Portuguese Grand Prix, the fifth round of the Motorcycle World Championship and which is being held this weekend at the Autodromo Internacional do Algarve, and He recalled that in Austin he already showed his “speed” in the first race back after the injury.

“I am looking forward to racing in Portugal, it is a demanding and very physical circuit, but very fun. In the United States we showed our speed and what we are capable of, although not everything went perfectly,” he said in statements provided by his team.

The one from Cervera was sixth in the Grand Prix of the Americas. “I want to be fighting at the front again and get good results after not having started the year in the best way. We have to keep working on ourselves and on the bike to be able to reach our maximum, but I know that both me and Honda are improving.” , he underlined.

For his part, his teammate Pol Espargaró hopes that the Portuguese event will allow him to “reset” after finishing thirteenth in Austin. “With the return to Europe I hope to reset a bit and find what we had at the beginning of the year. After Qatar it seems that things have turned a little against, but there are still many races and a lot of work to do. Portimao is a circuit I’ve always liked it, so with the new Honda I have good hopes for the weekend.”

Read:  Bastianini reigns at the end of Sepang and Aleix Espargaró and Jorge Martín complete the podium