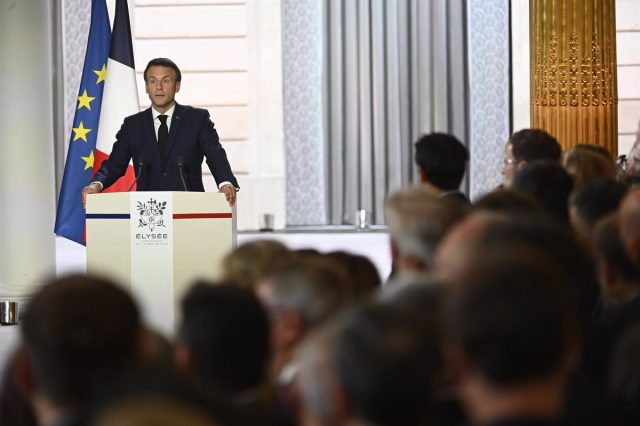 The French ambassador to the United Kingdom, Catherine Colonna, and the former Minister for Overseas Territories, Sébastien Lecornu, have been appointed by the President of France, Emmanuel Macron, to respectively hold the portfolio of Foreign Affairs and Defense in the two most outstanding changes of the new Council of Ministers presented this Friday.

Lecornu, whose name came to the international scene as a mediator of the protests at the end of last year in the territories of Guadeloupe and Martinique, will take over as the new Minister of Defense to replace Florence Parly.

Colonna, former ambassador to Italy and to the OECD, will replace Jean-Yves Le Drian, as announced by the Secretary General of the Presidency, Alexis Kohler, during an appearance in front of the Elysee in which he named the new Government of the new Prime Minister of the country and former Minister of Labor, Élizabeth Borne.

Olivier Dussopt will replace Borne at the head of his former portfolio while the historian of Senegalese descent Pap Ndiaye will take over as the new Minister of Education, replacing Jean-Michel Blanquer.

The Secretary of State for the Autonomous Organization, Brigitte Bourguignon, will take over the Health portfolio while the cultural adviser to the Presidency, Rima Abdul Malak, will become the new Minister of Culture, thus succeeding Roselyne Bachelot.

Read:  Fire at supertanker port in Cuban city of Matanzas brought under control

For the rest, well-known names such as Bruno Lemaire or Gérald Darmanin remain in strategic portfolios such as Economy and Interior, respectively, as Dupont Moretti also continues at the head of Justice.