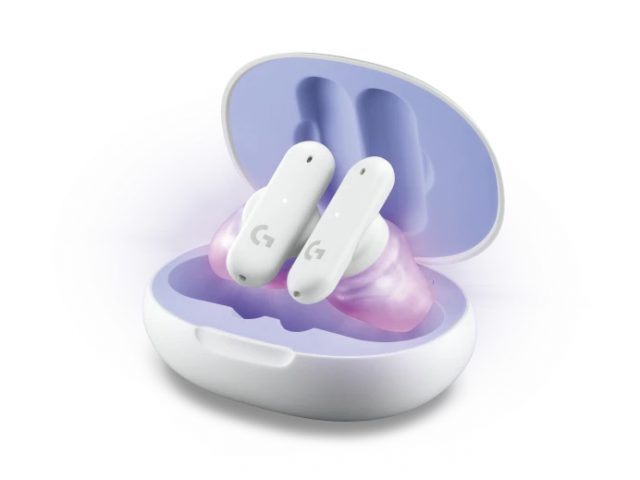 Available only to US buyers for now, the Logitech G Fits headphones replace memory foam ear cushions with a light-activated gel at a specific wavelength. This allows the ear cushions to be shaped exactly to the shape of the ear, triggering the calibration function to turn the gel into a liquid and then into a semi-solid state, taking on the anatomical shape of the user’s ear.

Promoted as a gaming accessory, the Logitech G FITS headset is not yet recommended for music enthusiasts, as the “programmable” gel cushion technology is intended only to maximize the effectiveness of the background noise cancellation feature, which is very useful when playing next to other opponents in a very noisy environment.

The whole process of calibrating to the anatomy of the ear takes just 60 seconds, with the ear cushions becoming temporarily malleable under the light emitted by LEDs embedded in the base of each earpiece. But the options for customising the audio experience don’t stop there, as the headphones also come with a graphical equaliser accessible via the smartphone app, and a beamforming function for calibrating the sound picked up by the microphone by selectively blocking out ambient noise. However, the product also has a major drawback, with Logitech considering gel ear cushions so effective that they omitted the use of active Noise Canceling technology, capping the potential of this product. True, without this feature the headphones can offer better battery life, up to 10 hours on a single charge in the carrying case.

Read:  Sonos announces Ray, the cheapest soundbar in its portfolio

Google Chrome, the web browser with the most vulnerabilities discovered in 2022