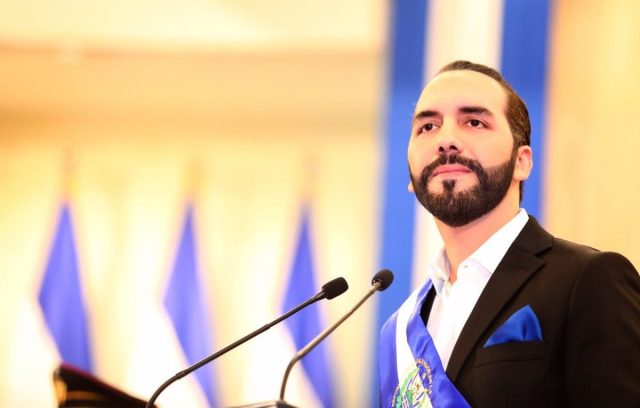 Bukele assures that the communiqué is signed by “corrupt, looters and murderers.”

21 former heads of state and government of Latin America and Spain have signed a letter declaring the recent announcement of his candidacy for reelection by the president of El Salvador, Nayib Bukele, as “an alteration of the constitutional order” that “seriously” affects Salvadoran democracy.

Among the signatories, all members of the Democratic Initiative of Spain and the Americas (IDEA), are some former leaders such as former Argentinean president Mauricio Macri, Mexican Vicente Fox, Spanish José María Aznar, or Uruguayan Julio María Sanguinetti.

The former leaders have urged the Secretary General of the Organization of American States (OAS), Luis Almagro, to carry out an “urgent analysis” of the issue, with the necessary resources, in order to “promote the normalization of democratic institutions” in El Salvador.

The signatories justify their request in Article 88 of the Constitution of El Salvador, which enshrines the principle of “alterability in the exercise of the Presidency of the Republic”, proclaimed by the Declaration of Santiago de Chile adopted by the member countries of the OAS in 1959.

Read:  The year 2022 is already the deadliest year for journalists in Mexico since RSF's count began.

Such article of the Salvadoran Magna Carta also states as a constitutional mandate, at the same time, “the disavowal of the president,
who, having completed his term, intends to continue in office”, while prohibiting the reelection of persons who have served for more than six months as president.

Nevertheless, IDEA subscribes to the resolution of the Inter-American Court of Human Rights following a similar petition from the Government of Colombia — which inquired about the possibility of establishing re-election in the country.

“In a representative democracy, it is necessary that the exercise of power be subject to rules, fixed in advance and known beforehand by all citizens,” the court’s resolution stated, according to IDEA.

“To that extent, the democratic process requires certain rules that limit the power of the majorities expressed in the ballot box to protect the minorities. Therefore, the rules of access to the exercise of power cannot be modified without any limit by those who are temporarily exercising political power,” it added.

“A LETTER SIGNED BY CORRUPT PEOPLE”

The president of El Salvador, Nayib Bukele, has responded to IDEA’s communiqué by showing his indifference to what he described as a letter signed by “corrupt”…,

“A letter signed by corrupt, looters and some of them, even murderers,” said the Salvadoran president in a message on his Twitter account.

Bukele has assured that the 21 leaders who signed the letter are “hated by their people”, so he has assured that he would be “very worried” if at some point he received their support. “Thank God, that is not the case,” Bukele said.

The president of El Salvador announced last week that he will opt for reelection for the next presidential elections, which will take place in 2024.

Despite the fact that in the country it is only possible to govern once, Bukele maintained that he managed to reverse a Supreme Court ruling in 2014 that precisely prohibited presidential reelection, which is why he announced his candidacy.