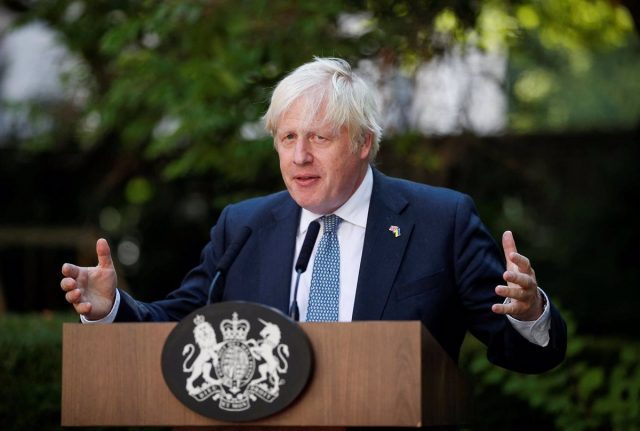 The main political representatives of the United Kingdom have pronounced themselves regarding the death of Queen Elizabeth II, of whom this Thursday Buckingham Palace had reported the worsening of her state of health.

Former Prime Minister Boris Johnson has released a statement in which he said that this is the “saddest” day of the country, although he has shown his confidence that the heir, the now King Charles III, “will do justice” to the legacy of the monarch.

In fact, the former head of government has valued the queen not only for “modernizing the monarchy”, but also for having produced an heir to the throne “who will more than do justice to her legacy”.

Finally, while acknowledging that the voices of the British people may be “drowned out,” he has invited everyone to proclaim “God save the king,” words that have not been heard in the kingdom for seven decades.

For his part, the leader of the opposition and of the Labor Party, Keir Starmer, has pointed out that “above political clashes”, Elizabeth II advocated to defend what unites the British.

“As our great Elizabethan era comes to an end, we will honor the late queen’s memory by keeping alive the values of public service that she embodied,” Starmer has said.

Read:  Russia denounces a new artillery attack by Ukraine against the Belgorod region

In the same vein, Scotland’s chief minister, Nicola Sturgeon, has referred to the situation as “a deeply sad moment for the UK, the Commonwealth and the world.”

“His life was one of extraordinary dedication and service. On behalf of the people of Scotland, I convey my deepest condolences to the king the royal family,” Sturgeon said on her Twitter profile.

Similarly, the chief minister of Wales, Mark Drakeford, has highlighted Elizabeth II for having reigned in accordance with the values and traditions of the British monarchy. “On behalf of the Welsh people, I offer our deepest condolences,” he concluded.

Gibraltar’s chief minister, Fabian Picardo, has also declared official mourning for the death of Elizabeth II and reported that he has written to the new king to convey his condolences.

In addition to former Prime Minister Johnson, other tenants of 10 Downing Street have spoken out on their Twitter profiles regarding the monarch’s passing.

This is the case of Theresa May, who has praised like so many others the “life of service” of Elizabeth II, as well as the international consensus regarding her person. “It was the honor of my life to have served as prime minister,” she has recognized.

David Cameron has released a statement in which he has acknowledged that, no matter how prepared one might be to deal with the news, “no words can adequately express the sense of loss” at the queen’s death.

Likewise, her predecessor, Gordon Brown, has said that both the United Kingdom, the Commonwealth and the whole world “join in mourning tonight.” “Her Majesty Queen Elizabeth II served this country to the end,” he said.

Former head of government Tony Blair has pointed out that the United Kingdom is not only losing a monarch, but the “matriarch of the nation,” a person who has managed “more than anyone else” to bring the country together and keep it united.

“Her reign was glorious. And it has been our good fortune to have had her reign over us,” Blair concluded on his Twitter profile.