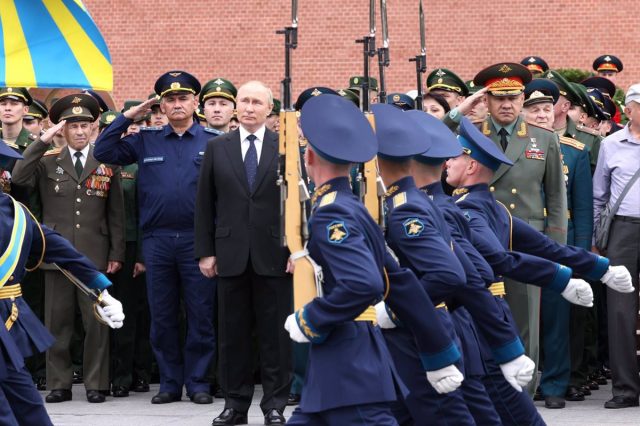 The Kremlin stressed Thursday that Russian President Vladimir Putin’s announcement of a “partial mobilization” does not imply changes in the status of the military operations unleashed in February with the invasion of Ukraine.

Thus, he has indicated that Putin gave on Wednesday “a clear description” and “explained the reasons for the decision”, before adding that “the special operation started in order to achieve objectives in Ukraine”.

Read:  The EU and the US hold a high-level meeting to address tensions with Russia in the context of the invasion of Ukraine

“Now, we ‘de facto’ confront the NATO bloc, with all its logistical capabilities,” he said. “This has led to this need (for partial mobilization of the population),” he concluded, as reported by the TASS agency.

Putin on Wednesday framed the decision as “necessary and urgent measures to protect Russia’s sovereignty, security and territorial integrity” and warned that Moscow will use “all means” in case of a “threat to Russian territorial integrity.” “This is not a bluff,” he maintained.

For his part, Russian Defense Minister Sergei Shoigu detailed that about 300,000 reservists will be called up and has pointed out that this “partial mobilization” will affect 1.1 percent of the country’s mobilization resources.

Read:  At least two dead in landslides in northwestern Colombia