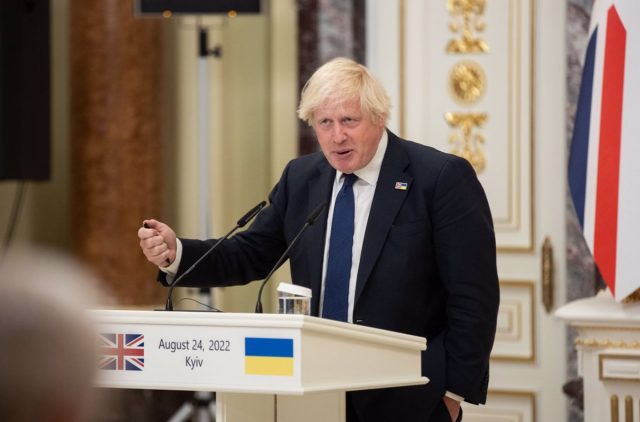 UK Prime Minister Boris Johnson has warned that the coming months are going to be “very tough” and has pointed to Russian President Vladimir Putin as responsible for “scaring” energy markets in the context of the war in Ukraine.

“Our energy bills are going to be exorbitant. For many of us, the cost of heating our homes is already frightening. And yet I have never been more confident that we will come out ahead and that the UK will emerge stronger and more prosperous,” he said in an article published in the ‘Daily Mail’ newspaper.

In this sense, the British ‘premier’ has explained that the war of the Russian president, Vladimir Putin, is costing “British consumers” that their bills are doubling. “I’m afraid Putin knows it. He likes it. And he wants us to bend,” he has added.

Johnson has therefore announced that his successor in office will announce another large financial support package to address the energy and supply chain crises, the latter exacerbated by the COVID-19 pandemic.

“I was told (during the pandemic) that unemployment in the UK would exceed 14 percent (…) They were wrong. After we became the first country in the world to approve an effective vaccine, we organized the fastest vaccine launch in Europe. As a result, we had the fastest growth in the G7 last year,” he said.

The British prime minister has promised to “build a new reactor every year,” as well as to have 50 gigawatts of offshore wind power by 2030, which accounts for almost half of total UK electricity consumption.

Read:  At least a hundred dead in an explosion at an illegal refinery in Nigeria

“All of this is paying off in terms of jobs and growth. In the first quarter of this year, the UK attracted more venture capital investment in technology than China,” he has indicated, adding that, because of this, they cannot “waver now.”

“That is why we must continue to support the Ukrainians and their military success continues to be remarkable,” he said. Volodimyr Zelenski has shown that his country is fundamentally invincible. Now is the time for the West to double our support, not falter,” he has concluded.