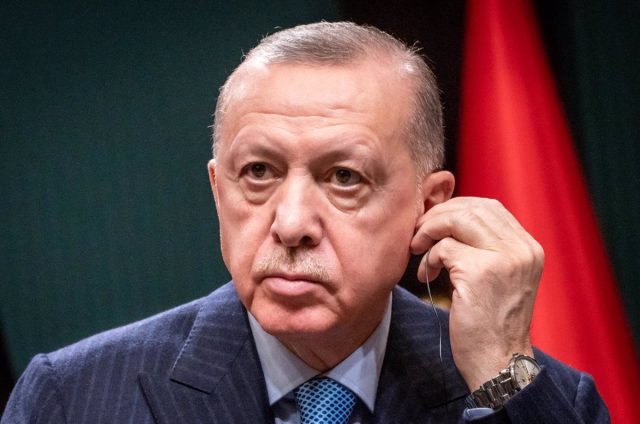 The Turkish city of Istanbul will host a new round of contacts between the negotiating delegations of Ukraine and Russia, according to the authorities of the three countries involved, although for now the date is not clear.

David Arajamia, leader of the Servant of the People parliamentary bloc, the party of the President of Ukraine, Volodimir Zelenski, and part of the delegation, has indicated in a message on his account on the social network Facebook that “the new round of talks ahead of between the delegations will take place in Turkey between March 28 and 30”.

However, the Kremlin spokesman, Dimitri Peskov, has said that “it is unlikely” that the contacts will resume during the day. “In fact, the delegations are traveling today. We hope this will happen tomorrow, in theory,” he explained, according to the Russian news agency Interfax.

Peskov stressed that “for now we cannot speak of progress”, although he clarified that “the fact that it has been decided to continue with face-to-face meetings is important”. “For now we stick to the policy of not publishing details related to the talks,” he explained.

Read:  Imran Jan is dismissed as Prime Minister of Pakistan after opposition motion of no confidence

“We believe that this would only damage the negotiations process,” he argued, while stressing that “the format of face-to-face talks allows the negotiations to be more focused and richer in terms of content.”

For his part, the Russian Foreign Minister, Sergei Lavrov, has shown his desire for the talks to be productive. “They will be resumed today or tomorrow in Istanbul, in person, after a series of video conferences. We are interested in them being crowned with results,” he explained.

Thus, he has argued that Russia’s main objective “is the end of the murder of civilians in Donbas, which has lasted eight long years while the entire progressive Western community remained silent, without making critical comments despite the fact that the whole world saw bombings against civil infrastructure, hospitals, nurseries, clinics and residential buildings”.

Lavrov has emphasized that Moscow wants Ukraine to “stop being led by the West and NATO.” “We are obliged to ensure that Ukraine (…) ceases to be a constantly militarized country in which weapons that threaten Russia are planned to be located,” he said, according to the TASS news agency.

In this line, he has pointed out that he believes that “there is still a possibility of an agreement, given that there is an understanding of the grossest long-term mistakes by the Western partners, although for obvious reasons it is unlikely that they will recognize it out of hand voice”.

On the other hand, he stressed that a meeting between Putin and Zelensky “would be counterproductive” at this time and reiterated that the Russian president is open to holding this meeting when “it is well prepared” and there is progress in contacts between the delegations of both countries.

The Turkish Presidency indicated late on Sunday after a telephone conversation between the leaders of Russia and Turkey, Vladimir Putin and Recep Tayyip Erdogan, respectively, that the next meeting would take place in Istanbul, without providing a specific date.

During the conversation, Erdogan stressed the need to decree an immediate ceasefire leading to a peace agreement to alleviate the humanitarian crisis, while stressing that Ankara will work to try to achieve it, according to the Turkish state news agency, Anatolia. .

The Turkish city of Antalya hosted on March 10 the first and so far only face-to-face meeting between the foreign ministers of Russia and Ukraine, Sergei Lavrov and Dimitro Kuleba, respectively. Belarus has been the scene of several meetings between the negotiating delegations.

The war broke out on February 24 after the invasion order given by Putin, who days earlier had recognized the independence of the self-proclaimed republics of Donetsk and Lugansk, located in eastern Ukraine and the scene of a conflict since 2014.