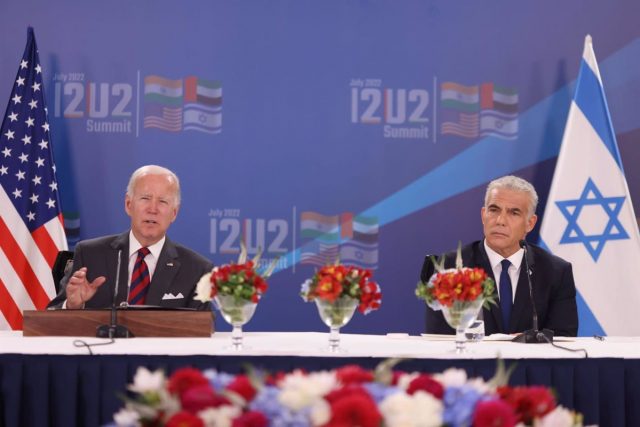 The Government of Israel has accepted this Friday that Saudi Arabia takes full control of two islands in the Gulf of Aqaba, while the Saudi Executive has opened the airspace to Israeli flights, in the framework of the visit of the President of the United States, Joe Biden, to the region.

Israel has agreed with the Saudis that they can take full control of Tiran and Sanafir Island, which has been a demilitarized zone since Egypt and Israel signed the 1979 peace treaty negotiated with the help of then-President Jimmy Carter, the Axios portal reported.

The deal for these two islands, which enjoy a strategic position in the Gulf of Aqaba — where Israel and Jordan have major ports — control the Strait of Tiran, Israel’s only water passage from Eilat to the open sea. This would pave the way for Israel and Saudi Arabia to normalize relations.

Read:  Trump accuses FBI of "stealing" his passports during raid on his Mar-a-Lago mansion

As part of the agreement, Saudi Arabia will engage with the United States to adhere to the commitments of the 1979 Israel-Egypt peace agreement, mainly by maintaining freedom of navigation in the Strait of Tiran for Israeli ships, as previously reported by the above-mentioned media.

As recalled by ‘The Times of Israel’, Israeli Navy ships use the waterway to reach the open sea, where they conduct naval exercises that are not possible in the narrow confines of the Gulf of Aqaba.

Meanwhile, Saudi Arabia’s General Authority for Civil Aviation (GACA) announced late Friday that it had decided to allow “all airlines that meet the authority’s requirements” to fly in the country’s airspace, allowing Israeli airlines to fly over its territory.

“Within the framework of the Kingdom of Saudi Arabia’s interest in fulfilling its obligations under the 1944 Chicago Convention (..) announces the decision to open the Kingdom’s airspace for all airlines that meet the Authority’s requirements to overfly,” a GACA statement said in a statement carried by ‘The Jerusalem Post’.

The Biden Administration has welcomed “the historic decision” of Saudi Arabia’s leaders, and assured that “it is the result of the persistent and principled diplomacy” of the US president.