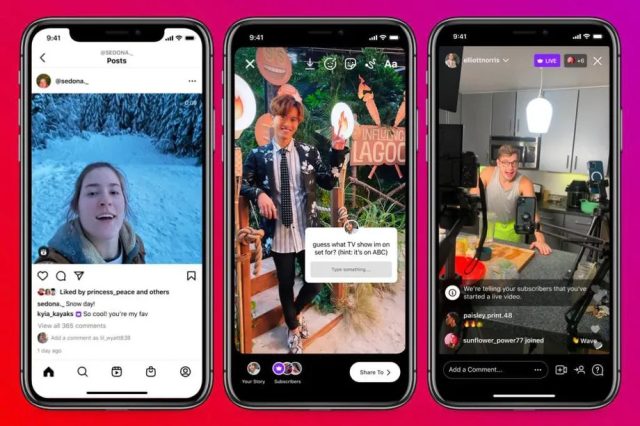 Taking a cue from Twitter and other social media platforms, Meta is now offering Instagram stars the ability to deliver subscription-based content exclusively to their most devoted fans.

Essentially, it’s content that doesn’t appear in the original feed, but still has to follow the posting rules.

In exchange for providing a new revenue stream for content creators on Instagram, the most devoted fans will be able to be “spoiled” with chat sessions where they can chat directly with their favorite star (group chat sessions where up to 30 other subscribed users can participate), additional hidden photos from the public version of the profile, and clips on the Reels section).

Another element of attraction will certainly be the subscriber live events, where stars will be especially motivated to spoil their fans who participate in a small circle. Also, those who subscribe to the channel will receive badges in the comments next to their name, which differentiates them from those who don’t pay.

Subscriptions are a great way for creators to have a predictable income & for fans to get exclusive content from creators that they love.

According to data obtained prior to the official announcement, Instagram will offer content creators the chance to set the price of these subscriptions, which can range from $0.99 per month to $99.99. Of this amount, at least in the first phase, creators will not pay commissions to the platform. Company representatives say this “offer” should last until at least 2023. So in the first year, Instagram won’t “tap” content creators’ revenue.

Read:  YouTube announces the removal of 70,000 videos on the conflict in Ukraine

The new subscription option comes as a workaround for those creators who were already offering this type of service on Instagram, turning to third-party paid services where designees had to first show their “devotion” in exchange for inclusion on the “Close Friends” list, with visibility only to certain posts.