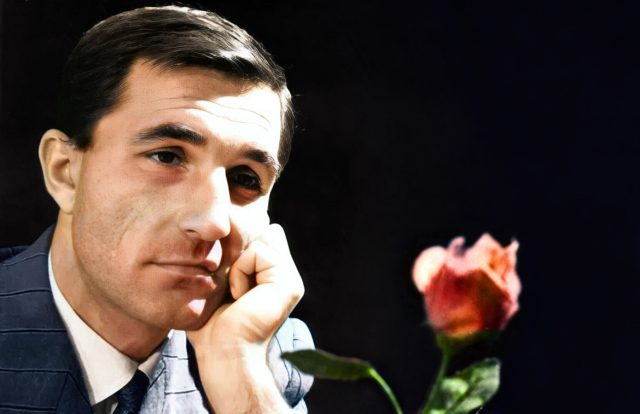 Gheorghe Dinică needs no introduction. The whole country knows him and he is still loved by many people, whom he has “touched” in one way or another with his unique presence in Romanian cinema.

He received an important award in Paris, as well as the prize of excellence from UNITER, among many others. Beyond the awards and distinctions, Gheorghe Dinică stood out for his imposing presence, but also for the charm that not many actors have been lucky enough to have.

Gheorghe Dinică, the actor you recognize from a thousand: he acted, sang and fascinated

Obviously, you didn’t need to see him to know it was him, Gheorghe Dinică, the actor’s voice being hard to mistake for anyone else’s, as was his method of bringing characters to life. You respected him as soon as you saw him, and that is certainly a trait a man is born with, less one acquires during his lifetime.

Read:  The new Dacia Spring, more expensive than ever: how much more do you have to take out of your pocket now

He had a prolific career both on stage and in music, and was also recognized internationally. After his performance in William Shakespeare’s Troilus and Cressida, Gheorghe Dinică was awarded the Grand Prix in Paris in 1999.

In addition, in 2001, he received a title for “for his entire activity in the service of Romanian theatre” and was named honorary citizen of Bucharest.

However, younger generations remember the actor from the famous film Filantropica, for which he was later awarded the prize for “Actor of the Year” by VIP magazine, and in 2006 he was honoured for his entire activity at the Transylvania International Film Festival, and in 2008 he was also awarded the distinction of Doctor Honoris Causa by the National University of Theatrical and Cinematographic Arts.

Read:  9 poisonous foods that you eat every day

Married late, for the first and last time

Although he never lacked for admirers, Gheorghe Dinică “put on his spikes” only at the age of 60, having no children.

In 1995, Dinică was invited to a friend’s house, where he met Gabriela-Georgeta, who was to become his first and last wife. In 1996, the two tied the knot.

“She is a woman who has a clear relationship with life and who has made order out of the disorder of my existence. Love has no age, whether it’s in the spring or autumn, it bursts forth and demands its rights,” Gheorghe Dinică said of his wife.

On November 10, 2009, the actor left the “stage of life” to the applause of the public. He is buried at Bellu cemetery in the capital.