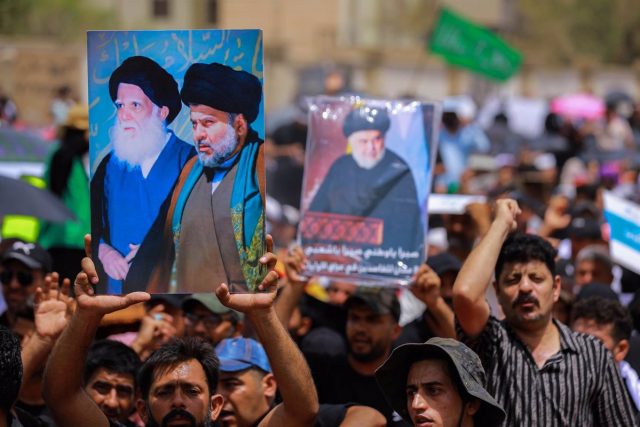 The Supreme Judicial Council of Iraq has declared itself incompetent to give an opinion on the request formulated by the powerful cleric and strongman of the country, Muqtada al Sadr, to dissolve the Parliament, to call new elections and thus get Iraq out of the serious political crisis in which it has been plunged since the last elections, in which the bloc of the religious man emerged as the winner.

The victory of Al Sadr at the expense of the pro-Iranian formations of the country represented in the so-called Framework of Coordination have led to a blockage of the government talks and days of protests in the capital that even culminated in the seizure of the Parliament.

The option of new elections has been gaining momentum in recent days and even the president of the chamber, Mohamed al Halbusi, has been in favor of it, but the pro-Iranian opposition has dissociated itself from the initiative and the cleric has threatened with an as yet unspecified response in the event that the Judiciary rejects his request, as has happened.

However, the Iraqi judicial council has not been able to admit the request of Al Sadr, with whom it has nevertheless agreed in its assessments of the bleak future that awaits the country if this crisis is not resolved, according to the estimates of the president of the Iraqi Supreme Court, Faiq Zeidan.

However, and as was already the case with a petition from civil organizations formulated in March this year, “the High Council of the Judiciary does not have the power to dissolve the Council of Representatives.”

“There is no constitutional article,” the Judiciary points out, “that allows the council to intervene in the affairs of the legislative or executive authorities in accordance with the principle of separation of powers stipulated in Article 47 of the Iraqi Constitution of 2005.”

The council therefore calls on “political forces to refrain from involving the judiciary in their disputes, given its neutral nature between the parties.”