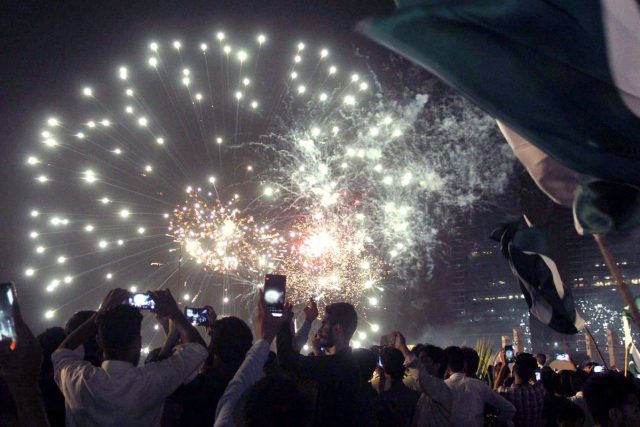 The Prime Minister of Pakistan, Shebhaz Sharif, has expressed his intention to make the country a world economic power during his opening speech at the celebration, this Sunday, of the 75th anniversary of the independence of the country, a former British colony.

“If we can become a nuclear power, we can become an economic power, but for that we have to strive day and night and prove to the world that we are no less than anyone else,” the prime minister said during his speech, delivered late Saturday and picked up by GEO TV.

“We must keep national interest above personal interest because true political leadership does not look towards the next elections, but towards the future of the next generation,” he added in an appearance conditioned by the serious political crisis that the country has been going through in recent months with the resignation of his predecessor, Imran Jan, following a motion of censure.

“What happened with the Pakistan Justice Movement,” the prime minister has declared in relation to Jan’s party, “must be a lesson for all, and we must not allow any obstacle or hatred to stand in our way.”

The prime minister’s call for economic stability comes at a time when the nation is facing huge liquidity problems and is desperately seeking financial assistance from friendly countries and the International Monetary Fund (IMF).

The country’s foreign exchange reserves held by the State Bank of Pakistan were recorded at about 7.7 billion euros, down about 600 million from 8.3 billion on July 29, data released on Thursday showed.

Otherwise, the diamond jubilee day has dawned with 31 gun salutes in Islamabad and 21 gun salutes in provincial headquarters, besides special prayers in mosques across the country at dawn for peace, solidarity and prosperity, with a corresponding flag hoisting ceremony in the nation’s capital.