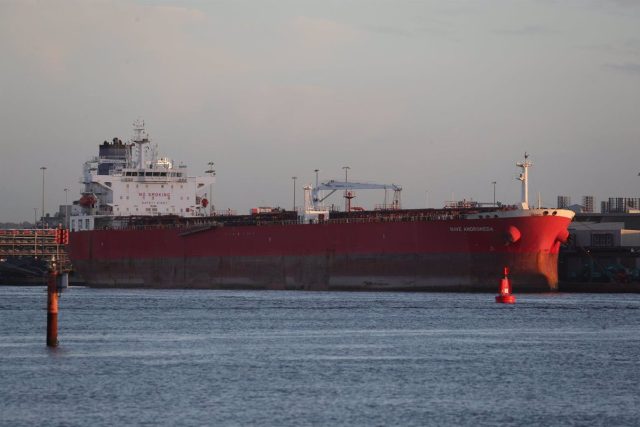 Iran’s Revolutionary Guards seized two Greek oil tankers in the Persian Gulf on Friday amid tensions between the two countries after Athens seized an Iranian oil tanker and transferred its cargo to the United States at Washington’s request.

The Iranian military entity has published a statement confirming the seizure alleging various violations, although it is true that it has not gone into details of them, according to the Greek newspaper ‘Kathimerini’.

For its part, the Hellenic Ministry of Foreign Affairs has indicated that it has maintained contacts with the Iranian ambassador in Athens regarding this “violent seizure” of two Greek-flagged ships, acts that it has branded as “piracy”.

The Foreign Ministry has demanded the immediate release of the vessels and their crew, and has warned that these events will have “particularly negative consequences” in terms of relations between Athens and Tehran, as well as those of the European Union with Iran.

In the crew of both ships, the presence of nine citizens of Greek origin has been confirmed, although the authorities of the European country have not provided more information about the nationalities of the rest of the crew on board.

Read:  The military authorities of Sudan withdraw the state of emergency imposed after the coup of October 2021

A US security official has declared, on condition of anonymity, to the aforementioned newspaper that, apparently, both boats would have approached Iranian territorial waters, although they have not entered.

According to this employee, both ships have also turned off their tracking devices, a gesture that has set off the alarms, although it is true that neither of them has issued any type of warning signal or call for help.

This incident occurs in the framework of tensions between Athens and Tehran after Greece seized an Iranian oil tanker and sold its merchandise to the United States, a gesture for which the Persian nation threatened to take “punitive measures”.

Greece announced on Thursday that it will transfer the oil to the United States after the decision in this regard by a court of first instance in Chalkida, which led Tehran to call “unacceptable” that “Greece has surrendered to pressure from the United States “.

The ‘Pegas’ was intercepted in April on its way to a terminal in Turkey for alleged violation of the sanctions imposed by the European Union against Russia for the invasion of Ukraine. After that, she was transferred to the port of Karistos together with her crew, of Russian nationality.

The Greek Coast Guard later claimed that the vessel had recently been renamed ‘Lana’ after its owner changed. The first owner was the bank Promsvyazbank – subject to sanctions for the invasion of Ukraine -, although in March it became TransMorFlot, the beneficiary being the Russian citizen Jamaldin Pashaev, not subject to sanctions.

A posteriori it was determined that the cargo was about 115,000 tons of Iranian oil, which led the United States to demand the transfer of crude oil due to the sanctions imposed against Tehran, a request that has finally been accepted by the Greek authorities.