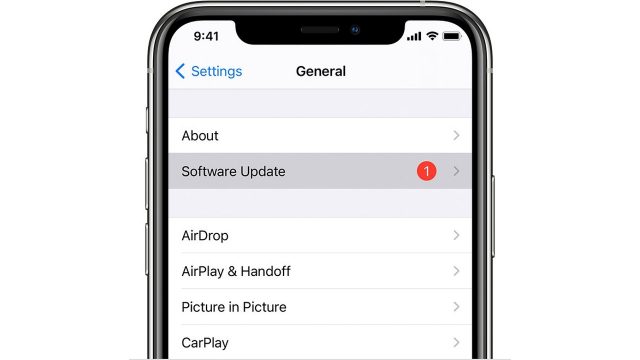 Apple device users were probably surprised the other day by the availability of a new software update for existing versions of iOS or macOS, despite the fact that we’re gearing up for the release of new versions in 2022. iOS 15.6.1, iPadOS 15.6.1, and macOS 12.5.1 are very important, however, according to the company, as they include security updates that fix several vulnerabilities already used by hackers to attack devices.

Apple generally doesn’t provide much detail about less significant updates, which don’t include enabling new features on its devices. However, there is a registry on the company’s website that clearly lists the vulnerabilities fixed by these security updates.

In this case, iOS 15.6.1 and the rest of the updates for Apple’s operating systems fix two very important vulnerabilities. Both were reported by anonymous users and allow hackers to take administrator control of the devices they attack.

One of the zero-day vulnerabilities fixed by the new software release is CVE-2022-3289, which allows attackers using it to execute arbitrary code with kernel privileges. This means that once infected, the device is completely vulnerable to running any kind of code. This means that new applications can be installed, stored personal data can be accessed or any kind of tasks can be performed remotely.

The second vulnerability, however, is related to WebKit, the engine behind Apple’s browser, Safari. WebKit, however, is used by all other iOS browsers and is used as the web engine for all native apps from Apple and App Store partners that allow links to be opened. The vulnerability fixed by the new update also allowed attackers full access to devices, being able to download and run malware on devices without users’ knowledge.

Read:  Apple will prioritize production of the more expensive iPhone 14 Pro because it's more profitable to sell

Apple says there’s a possibility these vulnerabilities have already been exploited by attackers and suggests urgently updating compatible devices. The update is available on iPhone 6S and all newer generations, all iPad Pro models, iPad Air 2 and newer tablets, iPad 5 and so far, iPad Mini 4, 5 and 6 models, as well as the latest iPod Touch model, generation 7.