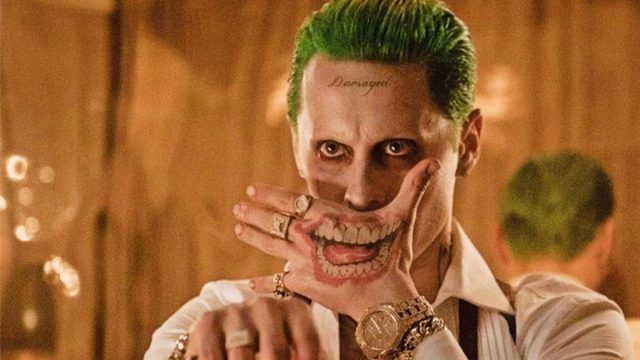 Producing a Hollywood movie costs quite a bit of money, this is something everyone already knows. The final effects, from lighting to sound to costuming, are affected by every decision, including acting choices.

And while we’re on the subject, you have to admit that in the course of your “cinephile life” you’ve had at least one occasion where you’ve admitted that a particular actor is totally unsuitable for your chosen role. And this despite the fact that, beyond the role, he is still an extremely talented artist.

So, let’s take a look at the 15 most unsuitable casting choices in popular films.

Top 15: Excellent actors, but totally the wrong choice for the role

Suicide Squad is currently one of the most controversial DCEU-branded movies. You already know the story: a criminal ends up in the spotlight after undergoing a few surgeries following a recovery. Leto’s method acting as the Joker wasn’t necessarily awful, but it arguably didn’t match up to the enthusiasm the film received before its release.

2. Scarlett Johansson in Ghost In The Shell

One of the most remarkable casting controversies of the previous decade concerns the choice of Scarlett Johansson to star in Ghost In The Shell. Audiences were surprised by the casting decision, choosing a white actress over an Asian one. Not surprisingly, Ghost in the Shell was a box office hit. There is a possibility that the choice helped, and that is a truly sad conclusion, but a reality of those years, unfortunately.

The Star Wars prequel trilogy was considered more of a bad joke than a serious production, and that was true even for absolute fans of the Star Wars franchise. In fact, everyone agreed that Hayden Christensen wasn’t quite right for the role of Vader Anakin Skywalker.

Although Colin Farrell is a complete actor, as Alexander the Great, he seemed a bit “nuts to the wall”. Although he carried his mission honorably to the end, one can’t help but notice the Irish accent that Farrell didn’t quite know how to get rid of.

W. is a biographical film about the life of former U.S. President George W. Bush. All in all, due to casting decisions, the film garnered negative reviews galore. Banks was only 36 years old at the time. Nevertheless, she was cast as Laura Bush, a character who should have been in her fifties. Audiences had a hard time matching Banks’ age to the First Lady.

Read:  Doctor Strange 2 is coming to Disney + in time: when you will be able to see it from Romania as well

True, Johnny Depp had been subject to criticism long before The Lone Ranger, but this film put another “stone in the foundation” of his unhappiness. After Depp was cast as a Native American, the film cost Disney more than $190 million. Clearly, Hollywood should start paying a little more attention, since times have changed a bit. As talented as Depp is, he doesn’t really fit into every role.

Lex Luthor is one of the most famous villains in comics. When they found out Luthor would be appearing in Zack Snyder’s Batman v. Superman, fans were thrilled, but it quickly passed them by when Eisenberg was cast as Superman’s foe.

The Happening can be considered one of the best films in some ways. However, M. Night Shyamalan’s decision to cast Mark Wahlberg in The Happening changed the entire tone of the film. No one seemed to be able to really take this film seriously, and the fault seems to lie entirely with Wahlberg, even though he’s still a good actor. But… not necessarily here in this role.

In the film based on Lee Child’s best-selling novel about an army veteran traveling across the United States, the spotlight is on Jack Reacher, played by Tom Cruise. Again, the film was not at all a success and it is suspected that Tom Cruise was completely wrong for the role. Even so, let’s not feel sorry for Cruise, since he made a massive recovery this year with Top Gun: Maverick.

10. Keanu Reeves as Jonathan Harker (Dracula, based on the novel by Bram Stoker).

Although Reeves is one of the most beloved stars in the United States, his acting performance sometimes leaves something to be desired. Director Francis Coppola Ford tried to be gracious and said that Reeves “worked so hard,” implying that that was all he could do. Cinephiles criticized Reeves’ visibly fake British accent.

Read:  VIDEO The first Avatar will be re-released in cinemas to remind you why you need to watch the second: when you can see it again

Even though Khan Noonien Singh was not played by an Asian actor in the 1960s Star Trek series, at least he wasn’t white. J.J. Abrams was criticized for casting a white British man (Benedict Cumberbatch) for obvious reasons. In fact, it could be said that Abrams’ choice pretty much violates the entire Star Trek policy, which relies heavily on inclusivity.

Costner is just another example of an American actor who can’t get over his British accent. You could see this very clearly in 1991’s Robin Hood: Prince of Thieves. “Unlike another Robin Hood, at least I can speak with a British accent,” said Cary Elwes, who starred in the spoof Robin Hood: Men in Tights.

13. Robert De Niro, as the creature (Frankenstein, based on a novel by Mary Shelley)

It’s no mystery that Frankenstein was a disaster. And the fact that you’re now struggling to remember said film says it all. This was also caused by the performance of Robert De Niro, who hoped to become “The Creature” but it didn’t work out for him. Although he wore a hideous prosthetic, his New York accent never left him for a second, which took away a lot of credibility points.

Even George Clooney realized that Val Kilmer should have continued as Bruce Wayne. He said at one point, “I constantly apologize for Batman and Robin,” adding: “In fact, I thought I had destroyed the franchise.”

In The Conqueror (1956), John Wayne portrayed the legendary conquering tyrant Genghis Khan. Without fear of exaggeration, we say that this film was indeed a terrible one, but also extremely violent – especially for the time. Clearly, as good an actor as John Wayne was, his Caucasian origins made him totally unsuitable for the role.

Political correctness aside, The Conqueror also stood out negatively from another point of view. Filming was done in close proximity to a radioactive desert. As a result, within a few years, half of the film’s cast (yes, including John Wayne), was dying of cancer. It should be noted that the direct link between the filming location and the said disease has not been proven.