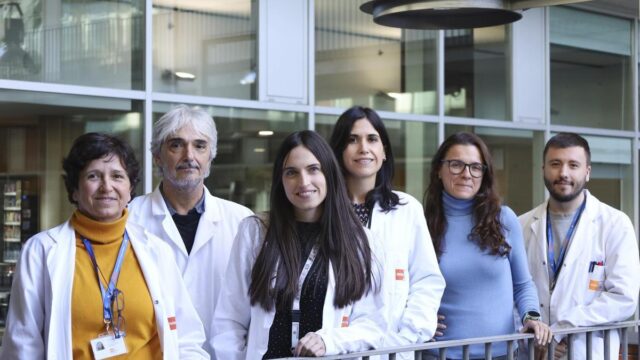 Scientists from the Stem Cells and Cancer Research Group of the Hospital del Mar Institute for Medical Research (IMIM) have discovered that inhibit a key protein overcomes treatment resistance in patients with T-cell acute lymphoblastic leukemia.

The research, published in the journal ‘EMBO Molecular Medicine’, has shown that combining the chemotherapy with a inhibitor of this protein serves to eliminate resistance to treatment in mice.

This type of leukemia is a rare disease, which is diagnosed in about a hundred people every year in Spain, mainly in pediatric patients.

The work, on which researchers from the Hospital Sant Joan de Déu, has also corroborated that the action of this protein may serve to determine which patients will respond to treatment treatment and which will not.

As explained by the coordinator of the IMIM-Hospital del Mar research group, scientific director of CIBER Cancer (CIBERONC) and vice-director of Preclinical Research at the Josep Carreras Leukemia Research Institute, Anna Bigas, they have worked with patient samples and have corroborated the results obtained with mice.

The study has confirmed the determinant role of the beta-catenin protein in the formation of leukemia, due to its action on certain genes of the cells involved.

In total, they have identified 79 genes involved, although, according to Bigas, they will now have to continue research to determine which of them are the most important ones as predictors of treatment resistance.

“What this gene signature indicates is which patients have an greater likelihood of not responding to chemotherapy” and what we are proposing is that, if we combine the chemotherapy with inhibitors of this protein, beta-catenin, we achieve a better response to chemotherapy,” Bigas summarized.

The results in mice have shown that this combination makes refractory cases respond to treatment, a finding that researchers believe may also help the success of the leukemia approach In patients who do respond to medication.

It so happens that there are already several beta-catenin inhibitors under study for to treat other tumors.

T-cell acute lymphoblastic leukemia is most common in the pediatric age group, and the survival rate is between 80% to 90%, but in adult cases, survival drops to 50%.

Read:  "I encourage physicians to rebel against a system that is insensitive to the pain of the sick."

According to Bigas, this study could open the door to having a indicator of patient response to treatment.

“One of the jobs we are doing now is to look at. Which of these genes are most decisive, the most informative, and see if a reduction of this gene signature can be used to guide the diagnosis of patients’ response to conventional chemotherapies,” said the researcher, who will now initiate studies with cells from human patients in mice.

In the event of consolidating her conclusions and the security of this approach, they will consider launching a human clinical trial combining chemotherapy and beta-catenin inhibitors.

The head of the Hematology Department of the Hospital del Mar, Antonio Salar, considers that “the findings of the study are very promising for this type of leukemia, which is in need of new and more effective therapeutic strategies.”

“As clinical hematologists, we hope that the next stage of research is successful and can move on to the research phase in patients,” Salar said.