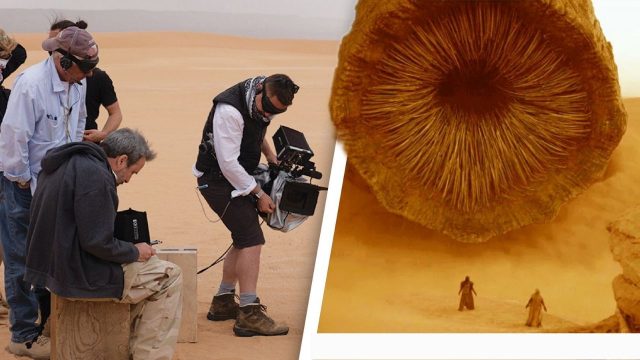 A backstage film for Dune reveals how director Denis Villeneuve and his team brought the film’s sandworms to life.

A behind-the-scenes presentation of Dune reveals how the film’s sandworms were designed and brought to life. The SF epic debuted in theaters last October in theaters and on HBO Max, posting an opening strong enough for Warner Bros. to quickly give the green light to the development of Dune: Part Two, which is currently scheduled for release on October 20, 2023.

Dune is also gearing up for a lot of Oscars this year, including Best Picture, Best Sound and Best Visual Effects.

Apart from its technical aspects, much of Dune’s success is due to its incredible overall cast, led by Timothée Chalamet as the main protagonist Paul Atreides, Oscar Isaac as his father, Duke Leto Atreides and Rebecca Ferguson as his mother. Bene Gesserit, Lady Jessica, while Stellan Skarsgård is almost unrecognizable as the main antagonist, Baron Vladimir Harkonnen.

Dune also has a number of high-profile actors in smaller roles, some of whom will receive more screen time in the second part, including Zendaya and Dave Bautista. In the Dunes, the characters are often tasked with traveling through the treacherous sands of the Arrakis, which are full of giant sand worms.

Sandworms play an important role in both Frank Herbert’s 1965 novel and Villeneuve’s film adaptation. The giant creatures originate from the desert planet Arrakis and are responsible for producing the highly prized resource known as spices or melange, a medicine that can be inhaled by humans to gain foresight.

Read:  What does actor Tim Roth think of Tatiana Maslany from "She-Hulk"

In the book, sand worms can grow up to 2.7 km long and several hundred meters wide, which presented unprecedented challenges for the film’s VFX team. Thanks to the incredible deeds that Dune’s animators were tasked with when they gave life to the sandworms, the film could be considered the leader for the best visual effects.