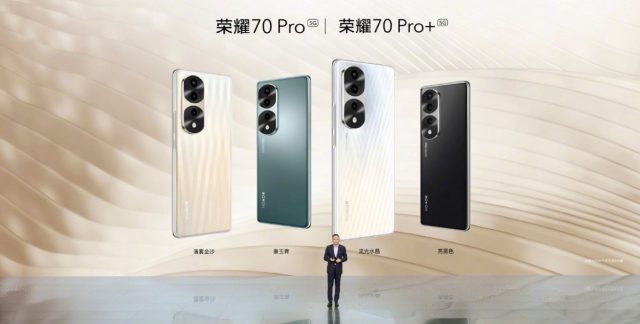 Honor has officially announced the Honor 70 series in China. I already knew a few details about the hardware configurations of the phones, and the design was already revealed more than a week ago. Thus, we now find out the information we did not know, related to hardware, but also to the price, something that was not yet known. The Honor 70 comes in three variants, all of which are equipped with high-end mid-range processors.

Honor 70 offers many of the advantages of the superior variants

The base Honor 70 is not a major performance upgrade over last year’s Honor 60. It uses a Snapdragon 788G + chipset and will be available in 8 + 256 and 12 + 512 GB configurations. Interestingly, a 128 GB version will not be available, as we have been accustomed to for the past few years. In fact, Apple still offers the basic iPhone models with 64 GB, which are listed at twice the price of the new Honor.

In addition, the phone uses a 6.67 ”screen with 120 Hz refresh rate and Full HD + resolution, with a 32-megapixel front-facing camera integrated centrally. The internal battery has a capacity of 4,800 mAh, and the charge is 66W. In terms of photos, the main sensor is a 54 megapixel Sony IMX800. The ultra wide camera has a 50 megapixel sensor that also has a macro function, and a third camera uses a 2 megapixel sensor to calculate the distance from the subject in portrait mode.

The models in the Pro range, on the other hand, are very similar to each other. They focus on high performance, being equipped with the most powerful processors from MediaTek. Honor 70 Pro uses a 5nm Dimensity 8000, a previously recommended chipset for high performance gaming at an affordable price, while the Honor 70 Pro + Dimensity 9000 is a 4nm chipset that rivals Snapdragon 8 Gen flagship performance 1 and Apple A15 Bionic.

Read:  Elon Musk could lower his bid to buy Twitter

In terms of cameras, we have the same Sony IMX800 main sensor for the main camera and a 50 megapixel ultra wide sensor, but instead of a 2 megapixel camera there is a 3x optical zoom of 8 megapixels with optical stabilization. The front camera also switches from 32 to 50 megapixels with a 100-degree wide-angle lens.