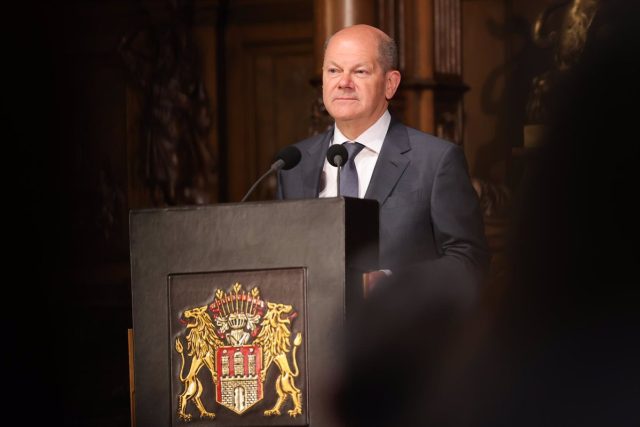 German leaders have agreed to a special fund of 100 billion euros ($107 billion) for Germany’s army as part of Russia’s invasion of Ukraine.

The German coalition government and the conservative CDU/CSU opposition group have successfully concluded talks, representatives of both sides said Sunday night after more than three hours of negotiations in Berlin.

The special fund has been the subject of several weeks of legal wrangling. Since it will be linked to an amendment to the Basic Law, as the German constitution is known, the coalition of Social Democrats (SPD), Greens and pro-business Free Democrats (FDP) depended on votes from the CDU/CSU.

The German chancellor, Olaf Scholz, has applauded the measure and has assured that the Army “will be strengthened”. “It will be prepared to fulfill its mission better than ever and defend us from outside attacks at any time,” he asserted.

“This will contribute to greater security in Germany and Europe. It is the appropriate response to the change of era that began with Russia’s attack on Ukraine”, he stated before insisting that the fund represents “a great step for the country”. “I thank the parties involved for the understanding shown,” she said.

Scholz had already announced on February 27 that, in response to the Russian invasion of Ukraine on February 24, the budget would be provided with a single special fund of 100,000 million euros for investments in Defense projects.

In this sense, more than two percent of the country’s gross domestic product (GDP) will be invested in Defense, in accordance with the commitments of the NATO Defense alliance.

“Together we will ensure that the Bundeswehr is strengthened in the coming years with 100,000 million euros in additional investments,” said a statement distributed by the Ministry of Finance in which the agreement was confirmed on Sunday. “By doing so, NATO’s so-called two percent target will be reached in an average of several years,” the statement added.

Negotiators have also made it clear that the money will not be used to bolster cybersecurity, something the Greens have called for. The normal federal budget will be used for cybersecurity.

After that, the German Foreign Minister, Annalena Barbock, welcomed the agreement. “It is a good compromise with which we make sure that NATO can trust us,” she said, in statements given to the Deutschlandfunk radio station about the agreed package.

Thus, he pointed out that the agreement includes the need to finance “the great challenge of cybersecurity”, before explaining that a joint concept of cyber defense will be developed within the framework of the national security strategy. For this, “funds will also be made available, and in larger amounts.”

Scholz’s SPD leader, Saskia Esken, has cited fluctuations in arms procurement as the reason exact meeting of NATO’s two percent target each year is not possible.

“If a major team is ordered today, it won’t be delivered for another three or four years,” Esken stressed in comments published in Sunday’s edition of the ‘Frankfurter Allgemeine Zeitung’. “That means that possibly the sums are not so high in the first two years, and then comes a year in which a large amount is necessary,” she stressed.

Government factions had already announced before Sunday’s deal that meeting NATO’s goal would likely not be enshrined in the Basic Law.