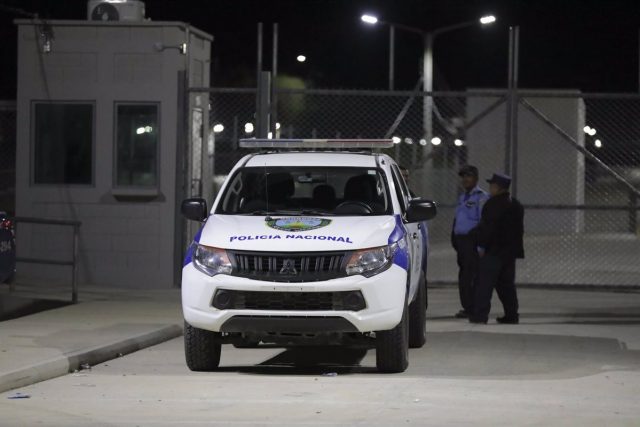 The Honduran National Police announced Saturday the arrest of six members of the MS-13 mara Salvatrucha, who were allegedly involved in the murder of four young people, including the son of former President Porfirio Lobo, as they left a nightclub on Thursday.

“Product of the efforts and investigations, it was achieved: the identification and capture of six members of the criminal structure, including one who commonly presented himself as a police officer,” said the National Police Directorate, according to the press release.

The police force has confirmed that there are at least eleven people involved in the murder, who belong to MS-13, and that they have been identified. In turn, the agents have seized more than a dozen cell phones and two firearms.

Likewise, the director of the Honduran National Police, Gustavo Sánchez Velasquez, has affirmed that, according to the investigation, the attack was aimed at Said Lobo: “The target was the son of former president Porfirio Lobo”.

“He was the target, it is proven, but we do not want to reveal the different hypotheses we have”, reiterated Sanchez, according to ‘El Heraldo’. The police chief has indicated that “they cannot reveal more details because it would affect the investigation”. He also asked for patience and promised results.

Sanchez has pointed out that the information stating that 200 thousand dollars would have been paid to MS-13 to execute the massacre is false: “That is information from social networks, we do not know its origin and it is not true (…). We are developing our capacities, we come from a process of 10 years ago where more than 65 thousand Honduran men and women have died”, he explained, in declarations gathered by the Proceso Digital portal.

The former president of Honduras Porfirio Lobo confirmed the death of his son after being shot several times as he was leaving a discotheque in the northeast of the Honduran capital, Tegucigalpa.

Along with Said, a nephew of retired Armed Forces general Romeo Vásquez, a nephew of congressman Walter Chávez, as well as the driver of former president Lobo’s son died.