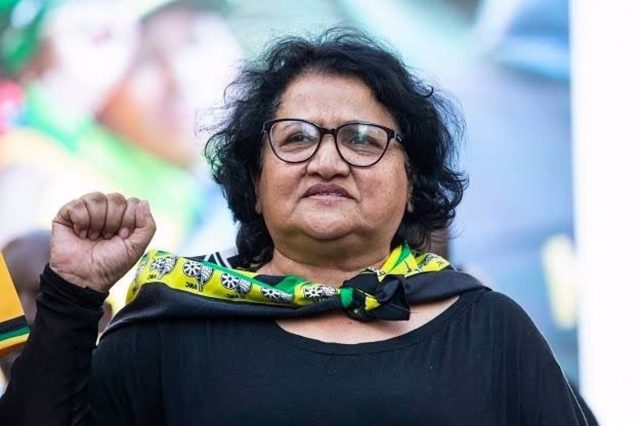 Born in Johannesburg on September 19, 1953, Duarte helped set up structures for the ANC’s women’s section in the 1970s and 1980s before becoming a leading figure in the United Democratic Front against racial segregation in the ‘apartheid’ era. Mandela appointed her special assistant upon her release from prison in 1990, a position she held until he became president.

Duarte was appointed party secretary general in May 2021, when incumbent Ace Magashule was suspended pending his trial on corruption charges, only to announce months later her retirement to treat the cancer that has finally ended her life.

The various South African political parties have expressed their condolences and remembrance for the struggles undertaken by Duarte in defense of Palestinian rights or for the emancipation of women and their place in politics.

“Jessie Duarte’s sense of justice was keen; and his sympathy for the poor, the vulnerable, the destitute and the marginalized, profound,” said South African President Cyril Ramaphosa.

Read:  There are already 35 dead from the impact of a Russian rocket in Mikolaiv, according to the latest balance

“She took up her cause and stood firm on her principles, even when her stance attracted criticism or personal attacks. She was a champion of the oppressed everywhere,” he added in his condolence message, reported by the news portal News24.

Duarte was buried this Sunday after a funeral following Muslim rites at the Westpark cemetery in Johannesburg.