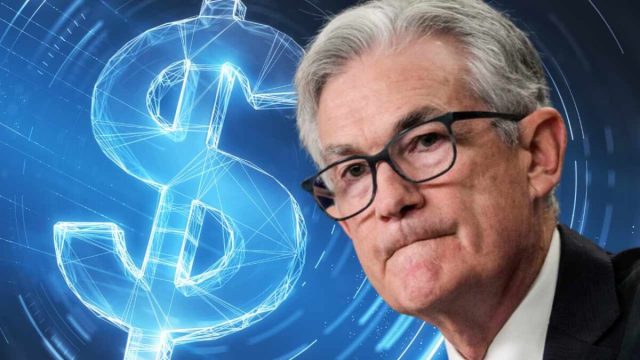 Global markets have their eyes on the U.S. Federal Reserve announcing an interest rate hike at today’s FOMC meeting. The strong US dollar and recent Fed rate hikes have stretched the bear market and put immense pressure on global equities and crypto markets.

Analyst Michael van de Poppe says a 75bp hike is not the crucial point that will guide markets in the weeks ahead. In fact, Federal Reserve Chairman Jerome Powell’s speech outlining his future outlook hawkish or dovish, will influence the price action in the crypto-currency market.

Probably, we’ll be receiving a 75bps rate hike tonight on the markets.

That’s not the crucial point.

The crucial point will be Powell his speech, with the future outlook. If he becomes dovish, party time begins.

According to investment bank JPMorgan, a 50 bp rate hike by the Fed could trigger a 10% rally in the U.S. stock market. Meanwhile, Goldman Sachs is forecasting a 75 bp rate in November and a 50 bp hike in December. In addition, the Fed will continue to raise interest rates in 2023, but with a dovish outlook.

Meanwhile, the crypto-currency market remains volatile ahead of the Fed’s rate hike decision. The U.S. Dollar Index (DXY) continues to move higher in recent days, but is showing volatility today. The DXY index stands at 111.30.

Last week, the European Central Bank also raised interest rates by another 75 basis points. In other news, third quarter U.S. GDP rose 2.6%, compared to expectations of 2.4%. This is the strongest GDP growth since the fourth quarter of 2021 and after recording negative GDP growth for the past two quarters.

Crypto-currency analysts Michael van de Poppe, Will Clemente, Scott Melker and others remain bullish on bitcoin and major altcoins. However, the price of BTC could dip below $20,000 to begin a rally from the low around $22.4K after the Federal Reserve hikes rates.

The price of bitcoin has surpassed $20,000 and continues to hold above the psychological level. In addition, an increase in short position liquidation indicates that the bear market may soon come to an end. BTC and Ethereum (ETH) prices are trading at $20,400 and $1,552, respectively.

Other altcoins, including XRP, DOGE, SHIB, Cardano (ADA), and BNB, have shown upward price momentum amid a whale of a build-up.