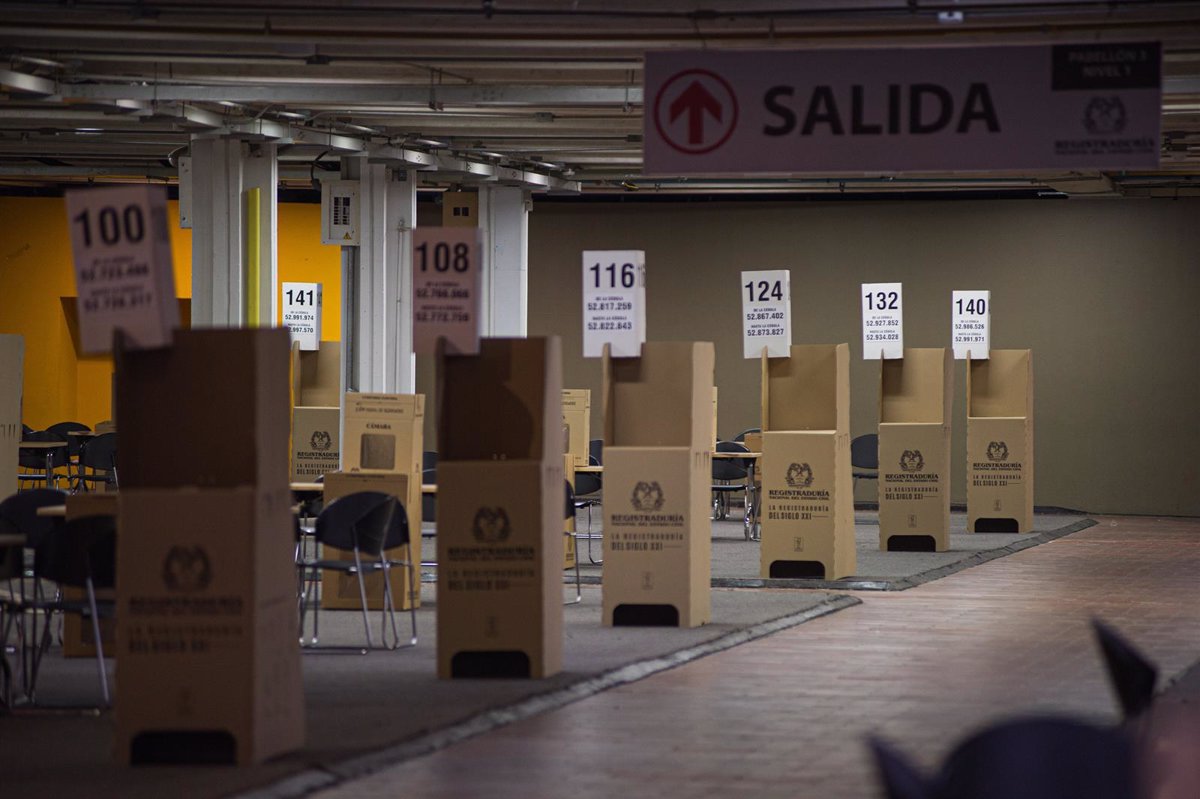 Gustavo Petro sweeps the left, as planned, in the consultation of the Historical Pact in the legislative elections

Colombia has elected this Sunday the new members of the Senate, the House of Representatives and the presidential candidates of three coalitions that, after more than 90 percent of the votes counted, have swept Gustavo Petro of the Historical Pact to the left, with almost four million votes, Fajardo in the center and Gutiérrez on the right.

With more than 90 percent of the votes counted in the three presidential coalitions, Gustavo Petro leads the consultation of the Historical Pact with 80 percent and almost four million votes, Federico Gutiérrez, in the Team for Colombia, has registered 54 percent percent with more than two million votes and Sergio Fajardo, in the Centro Esperanza coalition, has obtained 33 percent with nearly half a million votes, thus leaving the center weakened.

“We have achieved the best result of progressivism in the history of Colombia,” said Gustavo Petro in his speech at the Grand Hyatt Hotel.

“Each and all without distinction, of all colors, from all regions, we can agree on the essential agreements that allow us to get out of poverty and death,” added the candidate, in a live broadcast on his Twitter account. .

Read:  About 340 bodies recovered in Bucha after the withdrawal of Russian forces, according to a Ukrainian newspaper

Gutiérrez, the right-wing candidate and Petro’s main rival, said in his speech: “Thank you Colombia, you have won a collective and global dream (…) we receive the results with great humility and responsibility.”

For his part, Fajardo celebrated his victory: “Here I am, we won”, and added that they will continue fighting because “this is just beginning”, it is a first round facing the presidential elections.

“Colombia awaits us to cure it of so much accumulated anger and hatred. We are representing hope, we are the hope of Colombia,” Fajardo stressed.

After the polls close, the vote count for the House of Representatives and the Senate is being slower. In the House of Representatives, the first positions are for the Historical Pact and the Colombian Liberal Party with 15.69 percent and 14.19 percent, respectively. The Historical Pact and the Colombian Conservative Party lead the Senate, according to the National Registry.

“Colombia experienced an electoral day with transparency and guarantees. For the first time in the country’s history, polling stations were opened in the most remote areas to elect peace seats,” the National Civil Status Registry underlined on its Twitter account. , highlighting the peace seats, 16 seats that are intended for representatives of the victims of the armed conflict in the House of Representatives.

Almost 39 million citizens were called to vote this Sunday in more than 12,500 voting centers throughout the country, as reported by the National Registry of Colombia.

Read:  The JEP gives paramilitaries 'Jorge 40' and Salvatore Mancuso one last chance to be accepted

The president of Colombia, Iván Duque, has summoned Colombians to “reject populism” in the vote on this election day in which a new Congress and the candidates of three political platforms are elected for the presidential elections in May.

In these elections, the Senate is renewed with 100 seats elected by national constituency, two by the special indigenous constituency and five corresponding to the Common Alternative Revolutionary Force (FARC) party, in accordance with the provisions of the peace agreements signed in 2016 with the guerrilla . The 108th senator is the presidential candidate with the second highest vote in the May presidential election.

In addition, the House of Representatives is renewed: 172 positions have been elected in departmental constituencies and Bogotá. There is also an international constituency for Colombians abroad.

16 peace seats are also elected, representatives of the victims of the armed conflict from the 167 municipalities of the Special Transitory Circumscriptions of Peace.

The winners will face Óscar Iván Zuluaga, candidate of the Democratic Center, the ruling party, led by Álvaro Uribe, and the independent Rodolfo Hernández in the elections on May 29 with a probable second round in June.