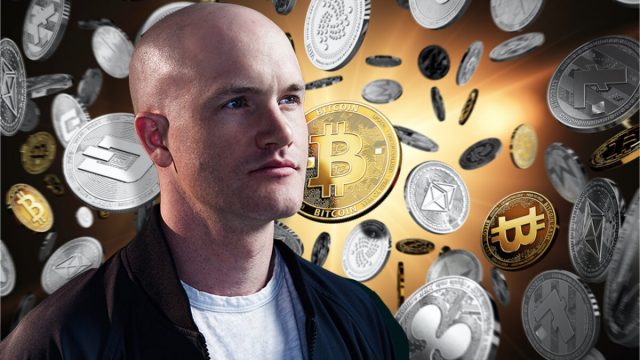 In early September, Coinbase CEO Brian Armstrong appeared on US channel CNBC to discuss his company’s handling of the crypto winter, his thoughts on certain crypto-currencies and where the market is expected to go in the coming months.

Armstrong has been at the helm of Coinbase since he founded the company in 2012. Since then, the crypto-currency market has gone through many boom and bust cycles. When Brian Armstrong founded his company, bitcoin was trading at less than $15. Today, it hovers around $20,000, and Armstrong’s fortune is reportedly close to $2 billion.

Just because Armstrong is the CEO of one of the most popular crypto-currency exchanges doesn’t mean he knows exactly what’s going to happen in the crypto-currency market. But he’s been around since pretty much the beginning of crypto-currencies and has managed to keep his company afloat regardless of the economic conditions. So when he shares his thoughts on the market today, people inevitably listen.

In the CNBC interview, Armstrong was asked about the current crypto-currency environment and what it might look like when it returns to healthier levels. In particular, he talked about the transition from retail investment in crypto-currencies to the arrival of large institutions.

Read:  SHIB rebounds from a price low and reaches a one-week high

Brian Armstrong believes that one particular sector will drive the next wave of crypto adoption: big tech. He cited the agreement between Coinbase and the world’s largest asset manager, BlackRock. As part of the deal, the latter’s investment software will integrate directly with Coinbase so that BlackRock clients can buy bitcoin seamlessly. Armstrong believes that more and more companies will follow this business model in the future. Since these larger companies typically have more money on hand than retail investors, he is optimistic that this influx of capital coming into the crypto market could send it to heights we haven’t seen yet.

But until then, Armstrong’s company faces an uphill battle as investors shy away from risky assets like crypto-currencies due to poor macroeconomic conditions. Coinbase primarily generates profits from the transaction fees it charges for exchanges. With the decrease in trading volume, Coinbase’s profits are severely affected.

Read:  For the European Central Bank, the collapse of FTX will not have an impact on the financial markets, but high inflation will

He was asked when he sees the current crypto winter ending. He replied that this one is a bit different from other crypto winters in the past, as it “coincides with the downturn in the general macroeconomic environment.“He was referring primarily to rising inflation and rising interest rates.

Brian Armstrong hopes that the macroeconomic environment will improve over the next 12 to 18 months, allowing the crypto to experience a “nice recovery.“

Brian Armstrong believes that there are cycles when it comes to crypto-currencies, just like the stock market. The incredible growth the sector experienced from 2020 to 2021 was not sustainable, and it was inevitable that some sort of correction would follow.

If Brian Armstrong is right, and the market experiences lackluster performance over the next year and a half. If so, that means it may be time for investors to take advantage of incredibly low prices in anticipation of a return to a healthier market.